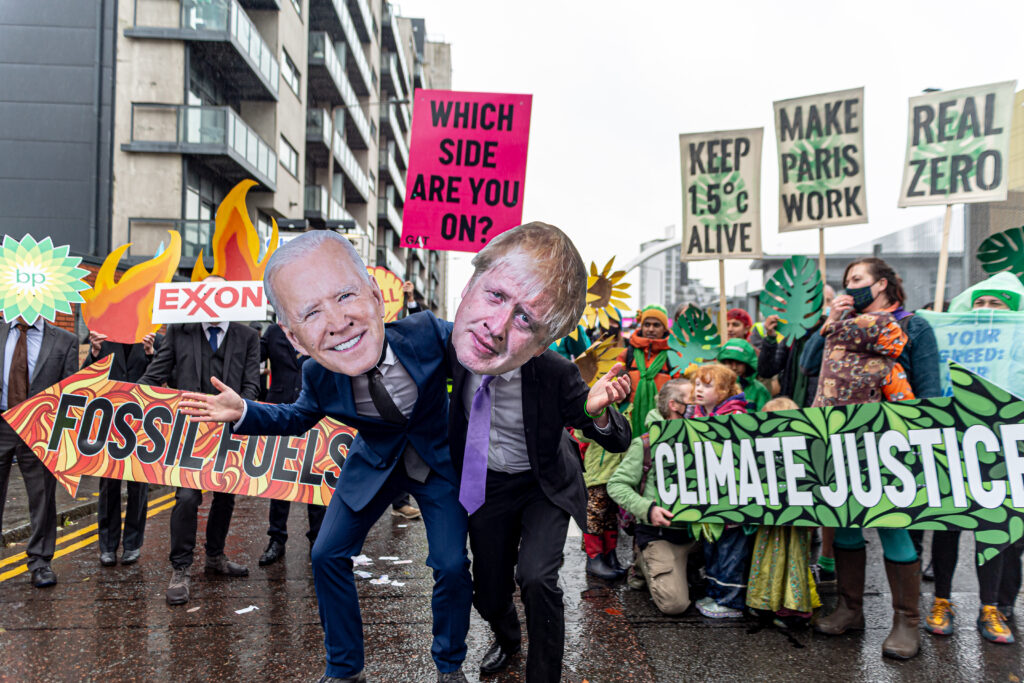 In an ambitious, first-ever nationwide initiative to combat climate change, Ithaca, New York, has pledged to decarbonise all 6,000 of its buildings, including homes, businesses, schools and churches, by the end of the decade.

The authorities in the city where Cornell University is located decided on November 3rd to convert all buildings to electricity. The plan is part of the city’s Green New Deal, a plan passed in 2019 to achieve carbon neutrality by 2030.

According to Rewiring America, gas-powered appliances such as stoves, water heaters, and stoves are responsible for almost all CO2 emissions from residential buildings in the United States.

Ithaca partners with BlocPower, an air conditioning technology company that has upgraded more than 1,000 buildings. The company estimates that decarbonizing Ithaca’s buildings will reduce the city’s carbon emissions by 40 percent and create 400 jobs in construction, technology and management.

Felix Heisel, architect and professor at Cornell who is helping the city with its decarbonization plan, hopes the lessons of this initiative will help other cities in the United States take up the challenge of decarbonizing their buildings.

“Ithaca is such an important case study,” he said, “because we are looking at a city of 30,000 people and 6,000 buildings, an order of magnitude very similar to many, many other cities across the country.”

A red-blue chasm in the teaching climate

After observing and speaking to teachers, students and textbook authors in more than a dozen classrooms, journalist Katie Worth found a distinct red-blue separation in American public schools about how children were taught about climate change.

In a book due to be released Tuesday, Miseducation: How Climate Change Is Taught in America, Worth describes her impressive findings on how climate denial and rejection have been incorporated into climate change lesson plans and how some students may never hear the words, “Climate Change “During her school days. Inside Climate News recently discussed the book with Worth. This conversation has been edited slightly for length and clarity.

What is the current state of climate education in public schools?

In some parts of the country, and in some schools, children get a really solid education about it. And in other parts, you may never literally hear the words climate change on school grounds. And then they may even be taught in some other schools that climate change is a joke. So there are quite a variety of them.

[When I visited] Oklahoma, climate change wasn’t a compulsory class, and you might hear about it when a child takes high school environmental science or high school earth science, which is not required and very few students actually learn from it, but even then somehow attenuates it. But a Hawaiian kid might hear about climate change first in third grade social class, then middle schools, high school biology, US history and government, world history and culture, Pacific island studies, in geosciences, environmental science and at least one math class. So educating a child about this phenomenon, which affects their life no matter where they live, really depends on what type of community and school system they attend.

Do you remember learning about climate change during your own training?

I don’t remember ever knowing about it. I graduated from high school in ’97. So it was definitely something people knew about, but I have more memories of learning about the hole in the ozone layer. And how, you know, to have to save the whales.

With battles over masks, vaccines, critical racial theory, and other issues, schools in our country are currently breeding grounds for controversial issues. How does climate change fit into this larger social trend?

The classroom is not an ideologically neutral place. We like to think, “Oh, we’ll go to school and learn the facts,” and then we go out into the world armed with it. [But] the politics of the adult world penetrate this domain of children really unhindered. And then what happens in the children’s area becomes very political and people have really strong feelings about it. And there is conflict here about what should be taught in school about climate change. It’s like adults who have these really ideological views about it.

People got very emotional about what their children were learning and who was in control of it. And I think behind this is the feeling that these children will soon be citizens and take part in the civic process. And so it is powerful to control their narratives.

The report Mental Health and Our Changing Climate, published this week by the American Psychological Association and ecoAmerica, builds on a similar report from 2017 and shows a clear link between climate change and mental health and how unfair those effects are.

For example, heat waves can worsen existing mental disorders like anxiety and schizophrenia, the report said, while putting a strain on mental health services.

“Heat itself is not only a physiological, but also a psychological stress factor that has a disproportionately high impact on low-income communities and people of color,” said Meighen Speiser, CEO of ecoAmerica. At the community level, she said, “the rising temperatures are linked not only to interpersonal aggression, including domestic violence, rape and murder, but also to intergroup violence such as political conflict and war.”

In addition, hurricanes, floods, droughts, forest fires and other climate-related disasters can drive people from their homes and lead to permanent stress, Speiser said, especially among children.

“Of course we want to curb climate change. We want to stop this so we don’t have to deal with these effects, but unfortunately they are most likely to happen so we all need to be prepared for them, ”said Howard Kurtzman, senior science advisor at the American Psychological Association. “Indeed, one way to protect yourself from the negative mental health effects is to be prepared, because that way you will feel in control rather than paralyzed by fear or insecurity.”

A satellite that will provide important data on the earth’s climate is entering the preliminary design phase. The satellite, due to launch at the end of the decade, was unveiled at COP26 in Glasgow.

Developed by the European Space Agency and funded by the UK Space Agency, the TRUTHS mission focuses on radiation from the sun and reflected from the earth with a precision “an order of magnitude better than what is currently available,” said Thorsten Fehr, a European Space Agency atmospheric scientist working on the mission. The energy exchange between the earth and the sun forms the basis of our climate, so researchers can see changes in the climate system directly, he said.

ICN offers award-winning climate reporting for free and advertising. We depend on donations from readers like you to keep going.

You will be forwarded to the ICN donation partner.

The mission will help reduce uncertainty in climate measurements, according to the UK space agency. In addition, other existing satellite missions can use the more accurate data by calibrating their results with the measurements from the TRUTHS mission.

The latest draft text for an agreement at COP26 includes a call to phased out subsidies for fossil fuels – something the Paris Agreement didn’t have. However, there is no explicit reference to oil and gas in the draft agreement, and by the end of the international conference it is clear that fossil fuels will continue to be an important economic factor.

A group of activists with the Glasgow Actions team held a visual protest Friday in hopes of making clear the choice between fossil fuel and non-fossil fuel choices.

There will be a protest outside of COP26 on Friday organized by the Glasgow Actions Team. Photo credit: Simone J. Rudolphi

On a street near the entrance to the COP26 event, two huge signs in the shape of arrows pointing in opposite directions. An arrow pointed to protesters holding clippings of company logos and red and yellow flames, symbolizing a future in which warming exceeds 2 degrees Celsius, a “death sentence for millions of people around the world,” said Andrew Nazdin, director of the Glasgow Actions Teams. “It’s like a radically changed climate where some of the worst effects, be it forest fires, droughts or floods, are everyday occurrences.”

The other arrow pointed to protesters, including young children, holding clippings of green leaves and yellow flowers, pointing to a future in which “humanity will be given the chance to continue to live in dignity,” said Nazdin.

Katelyn Weisbrod is a reporter and web producer for Inside Climate News based in Minnesota. She writes ICN’s weekly Warming Trends column, which highlights climate-related studies, innovations, books, cultural events and other developments in the global warming field. She joined the team in January 2020 after completing her bachelor’s degree in journalism and environmental science from the University of Iowa. Katelyn previously reported from Kerala, India, as a Pulitzer Center fellow and worked for the University of Iowa’s student newspaper The Daily Iowan for over four years.

Comprehensive Analysis on Tubular Electric Heater Market based on…