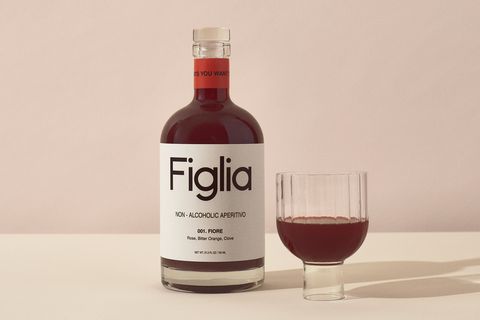 The Coolest Home and Design Releases We Found in May 2021

The end of May may signify the unofficial start of summer thanks to Memorial Day, and brands were dropping heat ahead of actual summer. A legendary music producer released a new hot sauce brand, and it will definitely make you sweat. Figlia may look like Campari, but the aperitif has zero booze in it, making it an excellent mixer for all your non-alcoholic cocktails for summer hangs.

If you’ve been holding out on decking out your yard with some new outdoor furniture, well, Floyd entered the chat, and it’s a winning collection. Fans of cold brew? Fellow’s new French press is probably the nicest out there, and Osma’s Osma Pro can get you cold brew in 90 seconds. That’s just a taste of what came out in May, and the rest is just as fire.

There’s a new non-alcoholic aperitif on the shelves, and it’s born out of tragedy. Figlia, Italian for “daughter,” comes from Lily Geiger, whose father struggled with alcoholism and died when she was 20. While everyone’s experience with sobriety is different, Figlia is a drink that works for those completely cutting alcohol out of their life, as well as those who just want something good to drink that just so happens to be non-alcoholic.

The juicy-looking aperitif is a citrusy, gingery and floral concoction that makes for a pleasant sipper or mocktail mixer. Think of it as a zero-proof Campari, minus the cloyingly sweet flavor profile. Besides being an exceptional alternative to booze-filled hangouts, Figlia is helping those struggling with alcoholism through its work with Partnership to End Addiction, which helps families of those with addiction problems.

Made In Pizza Steel 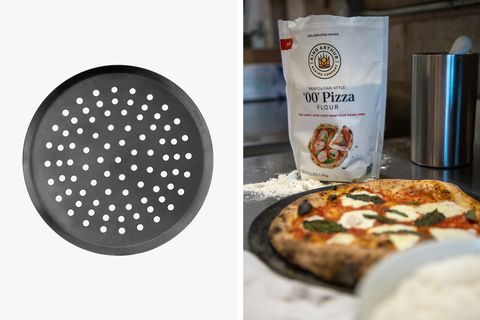 If you’ve made pizza at home before, you may have noticed its crust was just a little bit lacking. Its too-soft texture is most likely because your oven can’t reach the same temperature as the oven in your favorite pizzeria’s oven.

The secret for perfectly crispy at-home pizza is the pizza steel, and Made In made one that’s going to have you breaking up with your local pizzeria. Made from perforated carbon steel, Made In’s pizza steel gets hot as hell, making for a nice crusty pie. And because it’s made of carbon steel instead of cast iron, it’s light, so you don’t need to worry about dropping your pizza. 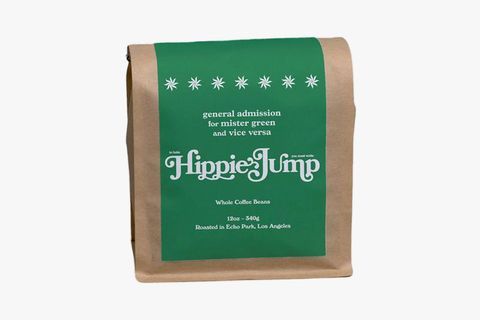 As part of its ongoing collaboration, California streetwear brand General Admission and California lifestyle weed brand Mister Green worked with Deadbeat Club (yet another California brand) on a coffee to wake and bake with. Hippie Jump is a naturally processed Indonesian coffee, with notes of strawberry, dark chocolate and orange creamsicles. It’ll pair perfectly with General Admission’s and Mister Green’s Wake and Bake set. 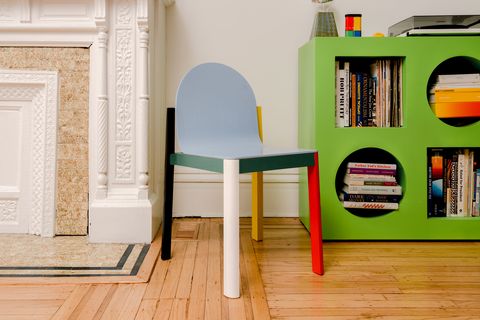 Designed by Norwegian designer Stine Aas, the Dims. Cleo chair is a perfectly wacky-looking chair (that we love) that gets an even wackier update thanks to Ellen Van Dusen of Dusen Dusen. The colorful brand brought its eye towards eye-popping colors to the Cleo chair, turning it into a multicolored seat to bring out your inner child. The initial run of these chairs was limited to 50 pieces and sold out in less than an hour — but word on Instagram is there’s going to be a reissue soon. 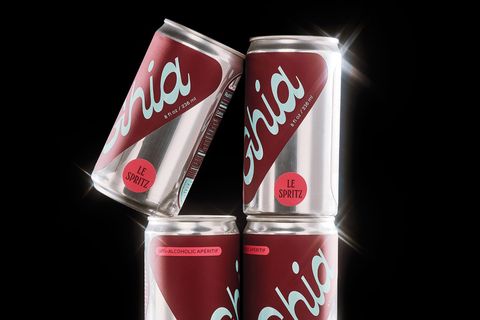 Ghia’s non-alcoholic, ruby-hued aperitif helped me get through Dry January, my go-to preparation being Ghia mixed with some soda water. Well now, Ghia is going the canned route with its Le Spritz, and I can stop mixing my own spritzes. The eight-ounce cans are a pre-mixed blend of Ghia’s flagship beverage with the addition of rosemary and yuzu. Get this to get the party started without the post-party shutdown. 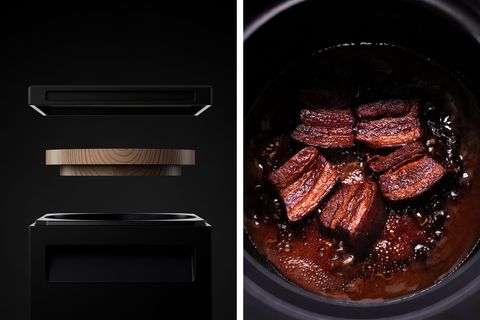 This is a pot. Yes, it’s a cube, but it’s essentially a pot. It’s made of carbon graphite, which the brand Anaori touts as a lighter option to cast iron that gets even hotter. Inside the square contraption is a rounded shape that helps to recreate convection heating, and the lid also happens to double as a grill plate. So with the Kakugama, you’re getting a tool that grills, boils, fries and steams — with a $2,490-plus price tag.

The piece of cookware does have its backers, including the Michelin-starred chef Fredrik Berselius, who will be highlighting the Kakugama at his restaurant, Aska, as part of the brand’s worldwide tour. 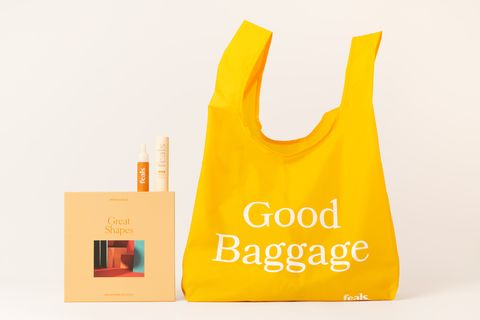 Alex Iwanchuk co-founded the CBD oil brand Feals to help him find balance amid his mental health struggles. Because May is Mental Health Awareness Month, the brand decided to release a Good Feals Kit, which contains a 600-milligram bottle of Feals, a 500-piece puzzle from the brand Piecework and a reusable nylon tote from Baggu. All net proceeds from the kit will go towards Painted Brain, which is a Los Angeles-based mental health nonprofit. 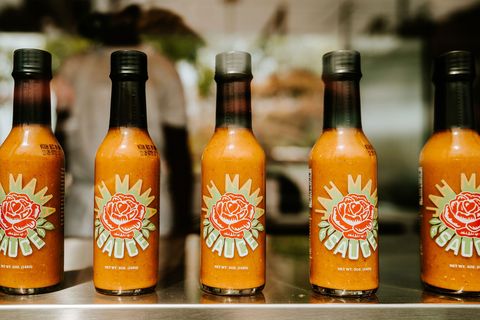 This hot sauce made me tear up. Not because it was super hot, but because it was just so damn good. (Okay, its Scotch bonnet peppers also triggered the waterworks.) Crafted by music producer Jahphet Landis, also known as Roofeeo, Jah Mama is Landis’ homage to his mother’s pepper sauce. It also happened to get Pharrell William’s nod of approval when he tried it on his Instagram Stories.

The hot sauce gets its heat from Scotch bonnet peppers and fresno chilies, which provides a delayed, but lingering, heat. But Jah Mama isn’t just about providing fire — it’s full of flavor, too. To give the sauce its Caribbean flair, Roofeeo added ingredients culantro, shallot and turmeric, which make you want to drink the stuff straight from the bottle. Don’t though, unless you have a jar of Tums nearby. 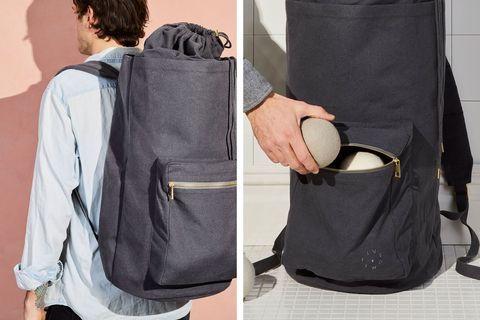 Anything to make laundry day easier is a Gear Patrol-approved purchase in my book. Five Two’s new Fresh Start laundry bag is one of those things. Fresh Start is essentially an extra-long backpack to easily schlep all your dirty clothes and laundry-related essentials to the laundry room. It has a slot to keep your extra laundry money, a pouch to hold your detergent and a drawstring opening for when your bag is overflowing with soiled clothing. Honestly, there’s nothing holding you back from using this as an actual backpack since you could probably store a week’s worth of clothing in here for your next getaway. 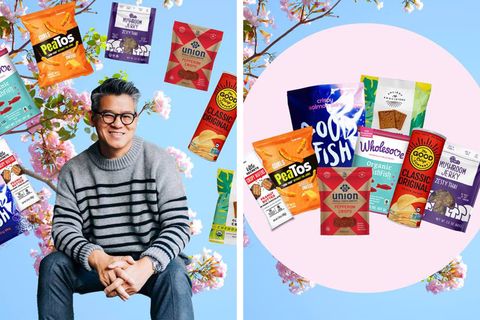 For every purchase, $10 goes to Heart of Dinner, which provides meals to low-income Asian elders in New York City’s Chinatown. 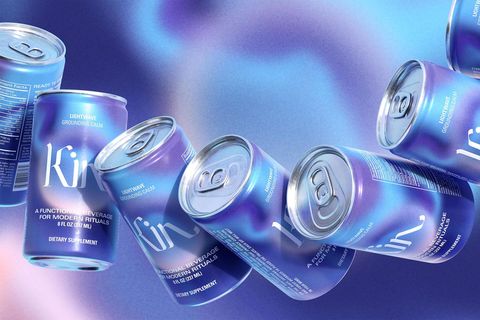 Kin Euphorics makes non-alcoholic drinks that make you feel good instead of feeling good then crashing the next day with a gnarly hangover. Its new canned drink, Lightwave, is touted as providing a “grounded calm.” Lightwave is a combination of adaptogens, to help destress; nootropics, to boost cognitive function; and botanics, to actually make the drink taste good. It tastes of lavender and vanilla with a bit of smoked sea salt, and it’s equal parts delicious and functional. 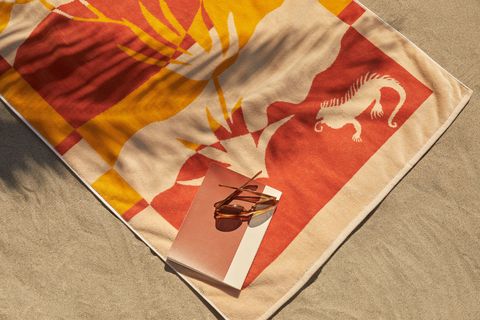 Brooklinen is known for its bedding and bathroom products, but it also has beach towels. Like the brand’s bath towels, the beach towels are just as soft and absorbent. Brooklinen tapped Norway-based artist Isabelle Feliu to design its towels in Daybreak and Moonscape prints, both of which will be easy to spot on a sandy shore. 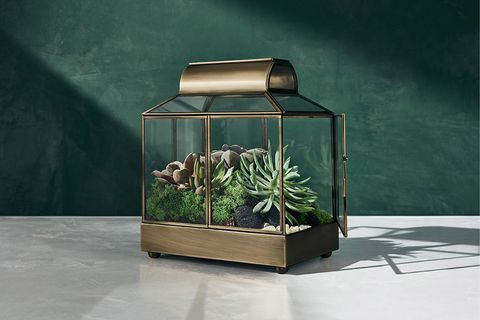 Hilton Carter, a plant enthusiast, interior designer and author, partnered with Target on a collection of all things green and green-related. The collection includes everything from live plants to faux plants, planters to garden accessories. While the live plants are only available in stores, everything else is available online with prices starting at $5. Some of our favorites include a propagation stand, a faux cactus and garden shears. 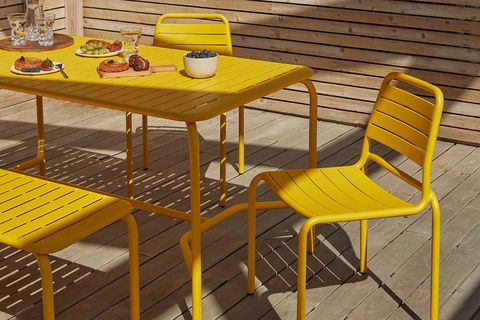 Floyd is already one of our favorite online furniture stores (its sofa and shelving system are particularly add-to-cart worthy). Now the Detroit-based brand is doing outdoor furniture, and it’s a winning collection. The brightly colored line consists of a bench ($375), stackable chairs ($265) and two tables — one square ($525) and one rectangular ($845). The powder-coated aluminum is long-lasting and meant to withstand years and years of outdoor hangs and inclement weather. 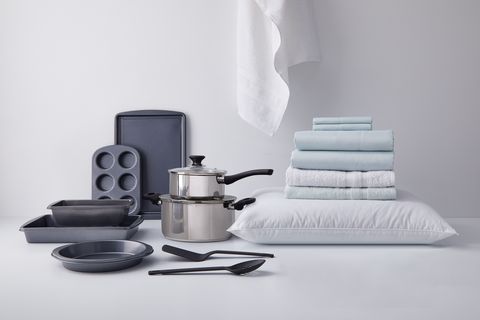 Bed, Bath & Beyond is really leaning into its name with its new in-house brand, Simply Essentials, which focuses on low-priced, high-quality goods for the bed, the bath and…well, beyond. Everything Simply Essential makes everything a person could possibly need for their home from sheets to cookware. Nothing is more than $200 and some stuff is in the single-digit price range. It’s so affordable you might not even care about using BB&B’s infamous 20-percent-off coupons. 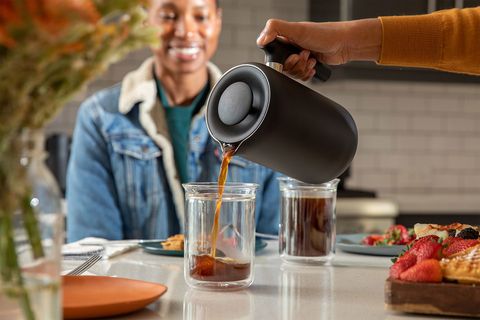 Fellow released its version of a French press earlier this month, and it’s about as Fellow as it gets. From the matte black construction to the thoughtful details, it promises to make a better cup of French press coffee. It has an ultra-fine mesh filter to reduce the muddiness of your coffee, an agitation stick to help with coffee extraction and a non-stick coating to help with cleanup. 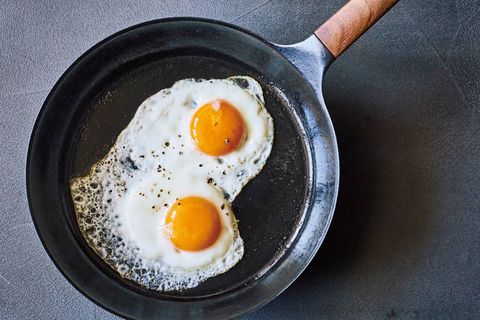 Japanese cookware brand Vermicular released an enamel-coated cast-iron frying pan that’s a lightweight option to heavy, clunky cast-iron pans. A lid is not included and costs $40 extra. The smaller 9.4-inch frying pan weighs just 2.3 pounds; the larger 10.2-inch frying pan weighs just 2.4 pounds. Vermicular touts its pans’ ability to quickly evaporate water and retain its heat. The only downside to the pan is its handle — while it looks nice, it has a low heat resistance and therefore the pan cannot be used in the oven. 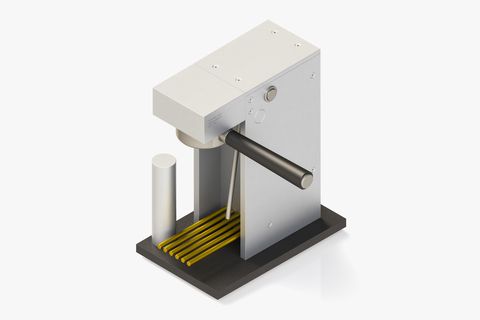 The whole shtick around cold brew is that it takes a long time to make, and the result is a fairly lackluster cup of low-acidity coffee. Osma’s new countertop brewer, the Osma Pro, can supposedly make cold brew coffee in just 90 seconds. Just add ice, water and coffee and the Osma Pro essentially recirculates the water through the grounds to get a three-ounce espresso shot or 12-ounce cold brew in less time than it takes to explain exactly what’s going on. 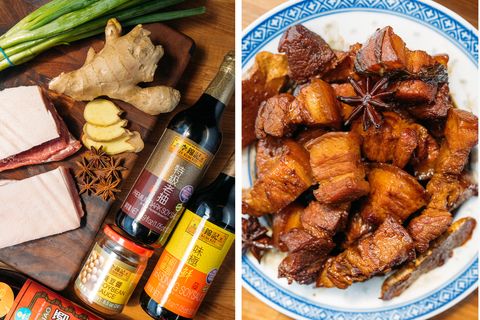 Umamicart, launched earlier this year, easily became one of our favorite online grocery stores for offering a bountiful selection of Asian groceries. Part of the appeal was how approachable the grocery store whether or not you were familiar with select ingredients. With its recipe kits, Umamicart made it easy for shoppers to quickly add to cart all the things they needed to make specific Asian dishes.

To celebrate Asian American Pacific Islander Month, Umamicart expanded its recipe kit selection and is donating proceeds to Send Chinatown Love and Heart of Dinner, both of which are organizations helping Asian Americans in New York City’s Chinatown amid a rise of anti-Asian hate crimes. Recipes include shio tonkotsu chashu ramen, braised pork belly and okonomiyaki, as well as two recipes made in collaboration with 886 and Wing Hing, two New York City restaurants, which developed a Taiwanese sausage fried rice and baby shrimp fried rice, respectively.

This content is created and maintained by a third party, and imported onto this page to help users provide their email addresses. You may be able to find more information about this and similar content at piano.io