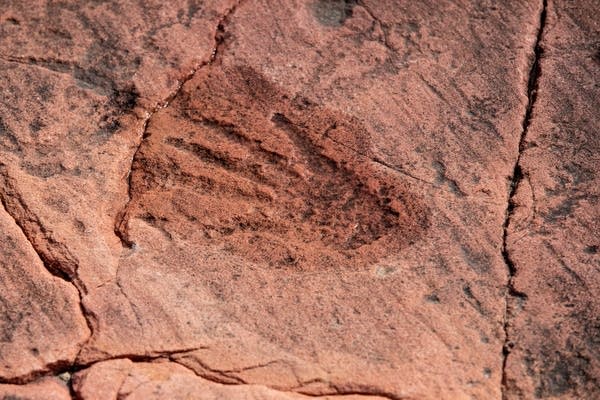 A proposed wind and solar farm in southern Minnesota will be the first of its kind in the state if approved. But the project’s proximity to a cultural site sacred to many Native Americans has historical heritage officials and tribal leaders concerned about its impact.

Apex Clean Energy’s proposal is to install approximately 55 turbines for the Big Bend wind project and solar panels on more than 480 acres of nearby land for the Red Rock solar project. Collectively, it would be the first wind-solar hybrid farm in Minnesota, a state that has pledged to remove its energy resources from fossil fuels in order to mitigate the state’s contributions to climate change.

The project proposed in 2017 is going through the regulatory process. On Thursday evening, the Minnesota Public Utilities Commission hosted a virtual meeting to collect public input on the scope of the project’s environmental review. The comment addressed a number of concerns, from the height of the turbines to possible environmental impacts to property values ​​for local residents.

A carving in the shape of a hand is wetted with distilled water to emphasize a contrast in Jeffer’s petroglyphs. Some of the carvings were made 7,000 years ago.

One potential major hurdle is the project’s proximity to the Jeffers Petroglyphs historical and cultural site near Comfrey – home to an estimated 5,000 sacred rock carvings that were created over 7,000 years on an outcrop of Sioux quartzite. Today it is an active place of prayer and ceremony for many Native Americans.

Several tribal nations, the Minnesota Historical Society and Apex, have been discussing concerns about the project for more than a year. Cheyanne St. John, Historic Preservation Commissioner for the Lower Sioux Indian Community, hopes state regulators will understand the importance of the site to the indigenous people – and the potential impact if the project is lit green for the proposed site.

It’s about the Big Bend wind turbines not far from the petroglyph site. While tribal leaders and parishioners say they are not against renewable energy, St. John and others are concerned that the project would disrupt the area’s landscape – and how some people use the place for spiritual practices. 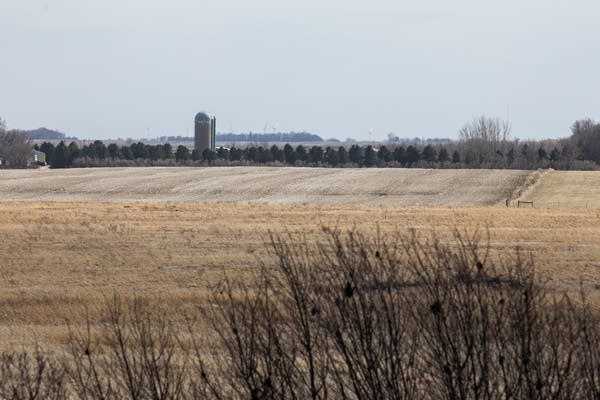 Wind turbines from an existing site can be seen some distance from Jeffers Petroglyphs in Comfrey. The site offers 360-degree views of some of Minnesota’s remaining prairies, and a proposed wind and solar farm would add more turbines to the landscape seen from the site.

“This is nothing new for tribes to try to convince people that our landscapes are meaningful and important to us,” said St. John. “This is a battle we’ve been fighting for generations.”

The Jeffers Petroglyphs website is maintained by the Minnesota Historical Society. Site manager David Briese said many people visit the site to pray and make offerings on the petroglyphs. He fears the project could affect the way visitors experience the website. 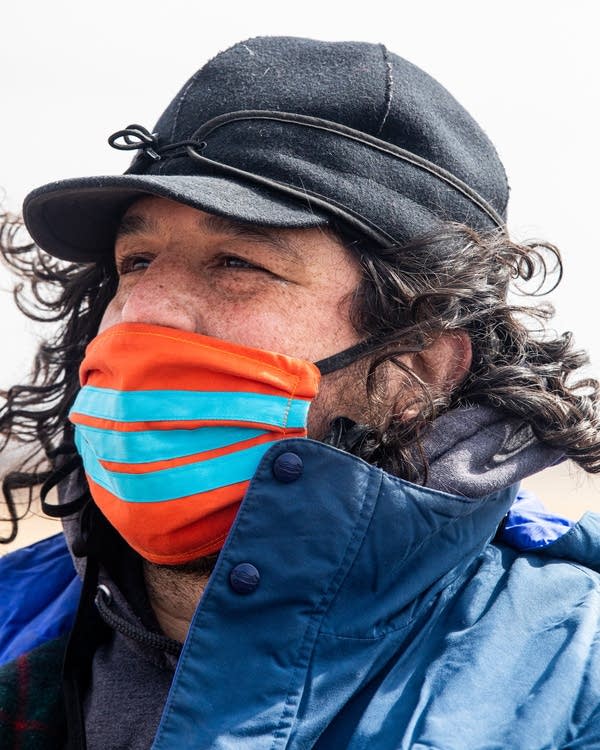 “Wind energy is good, but it also influences the way people perceive this space and how this space is used,” said Briese.

“Some people will see the wind turbines and think that it is great and that there is progress towards cleaner energy that it is. But the people who pray here are hindering how they practice their religion or spirituality. “

Apex Energy’s original plans were that the closest turbines would be built about two miles from the Jeffers Petroglyphs site. However, the company adapted its plans to address some of the complaints.

With the current state of the proposal, the turbines would now be just 8 km from the petroglyph site. To make up for the energy lost in producing these turbines, the company said it needed to increase the amount of energy produced in the wind farm – and that would mean installing taller towers with larger blades.

In a statement, the company said it worked with local and tribal leaders to research the area for cultural impact.

“This active participation of tribal representatives has been critical in designing a project that will minimize the impact on this important cultural site, and Apex will continue to work with tribes and other stakeholders as the approval process progresses,” the statement said. 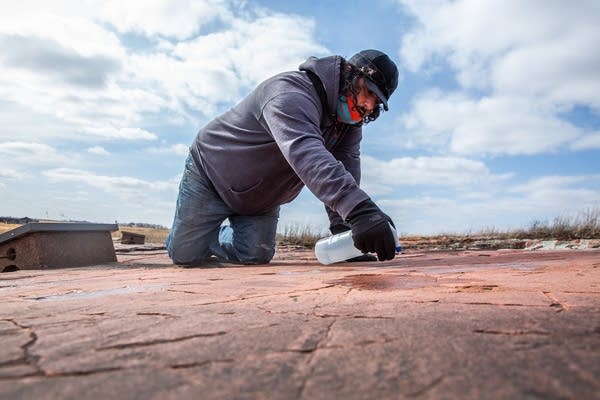 Historical Society’s community and outreach director, Ben Leonard, said that while he understands the need to develop renewable energy in Minnesota, that development must also preserve the integrity of historic sites such as the petroglyphs.

“You can’t really tell the history of Minnesota – especially the story thousands of years ago – without talking about Jeffers and experiencing Jeffers,” said Leonard. “It is so important.”

In a statement, an Apex spokesperson said the company selected the area near the Jeffers Petroglyphs site because “it has reviewed wind and solar resources, has received strong support for local landowners and residents, and has minimal environmental impact.” and there is access to transmission lines “.

The reception of the project at the public meeting on Thursday was mixed. Some have specifically logged on to video chat to express their support. Among them was Norman Holmen, Cottonwood County Commissioner. 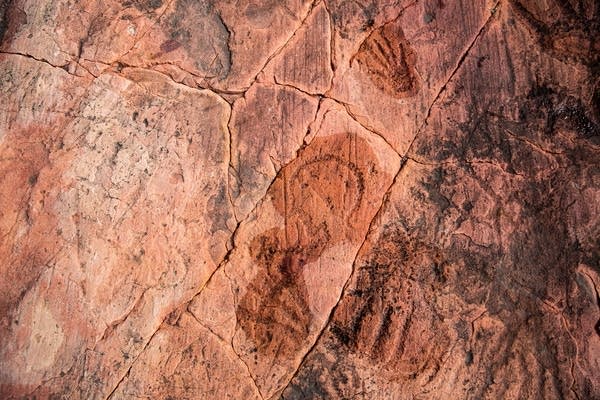 A carving of First Woman, a sacred rock carving of indigenous mythology, is wetted with distilled water to highlight the contrast in Jeffers petroglyphs. Site manager David Briese says it’s one of the oldest petroglyphs on the site.

“We voted unanimously on this project and the solar project and just want to go publicly online to confirm that we support the project,” said Holmen. “They were received positively and we never received any negative feedback about them at our meetings.”

Ann Peschges, one of the commentators at Thursday’s public session, disagreed. She said she lived within a mile of the proposed wind farm.

“This is not just a project for us. We have lived here for decades, ”said Peschges. “I mean some [families] I’ve been here for … 150 years and they feel like they are being evicted. “

Another participant, Davis Harder, who said he lives in the middle of the proposed project site, is concerned about the potential environmental impact of the turbines on local wildlife, especially eagles – and he was concerned about prairie land conservation. 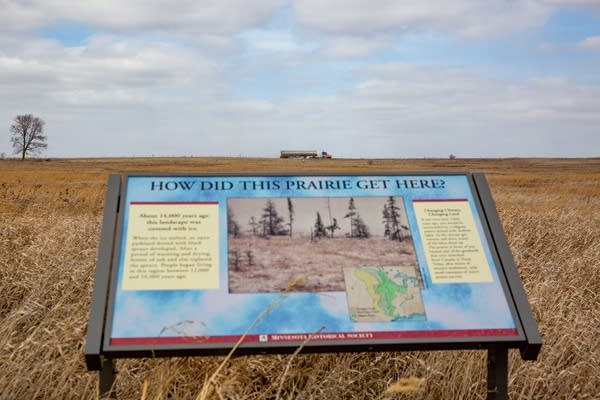 A truck drives down a dirt road to a farm near Jeffers Petroglyphs in Comfrey. Much of the area has been converted from the prairie to farmland, but the petroglyphs still contain much of the original prairie.

“[It’s] the last remaining fragments of the prairie in this part of the state, ”said Harder. “It is an important characteristic to preserve something. It’s one of those few areas where you can still feel like you’re on a prairie while most of it is now landing. “

Kevin Pranis from Laborers International Union North America attended the meeting to support the project. He said the combined wind and solar parks would provide opportunities for the craft industry and provide jobs and apprenticeships. But he also recognized the importance of balance.

“In order to be on the way to energy and have reliable energy, we need to figure out how to both accept these impacts and address local issues and try to maximize the benefits of these projects as much as possible,” he said.

The public comment period for the PUC’s environmental scoping ends on April 30th. The PUC is expected to make its final regulatory decisions on the project in early 2022. Apex Energy hopes to have the hybrid project online sometime in 2023.

They make MPR news possible. Individual donations are behind the clarity of our reporters’ coverage across the state, stories that connect us, and conversations that offer perspective. Make sure MPR remains a resource that brings Minnesotans together.

Donate today. A $ 17 gift makes all the difference.

10 air conditioner deals to get you ready for summer heat

The Case Against Gas In Our Homes