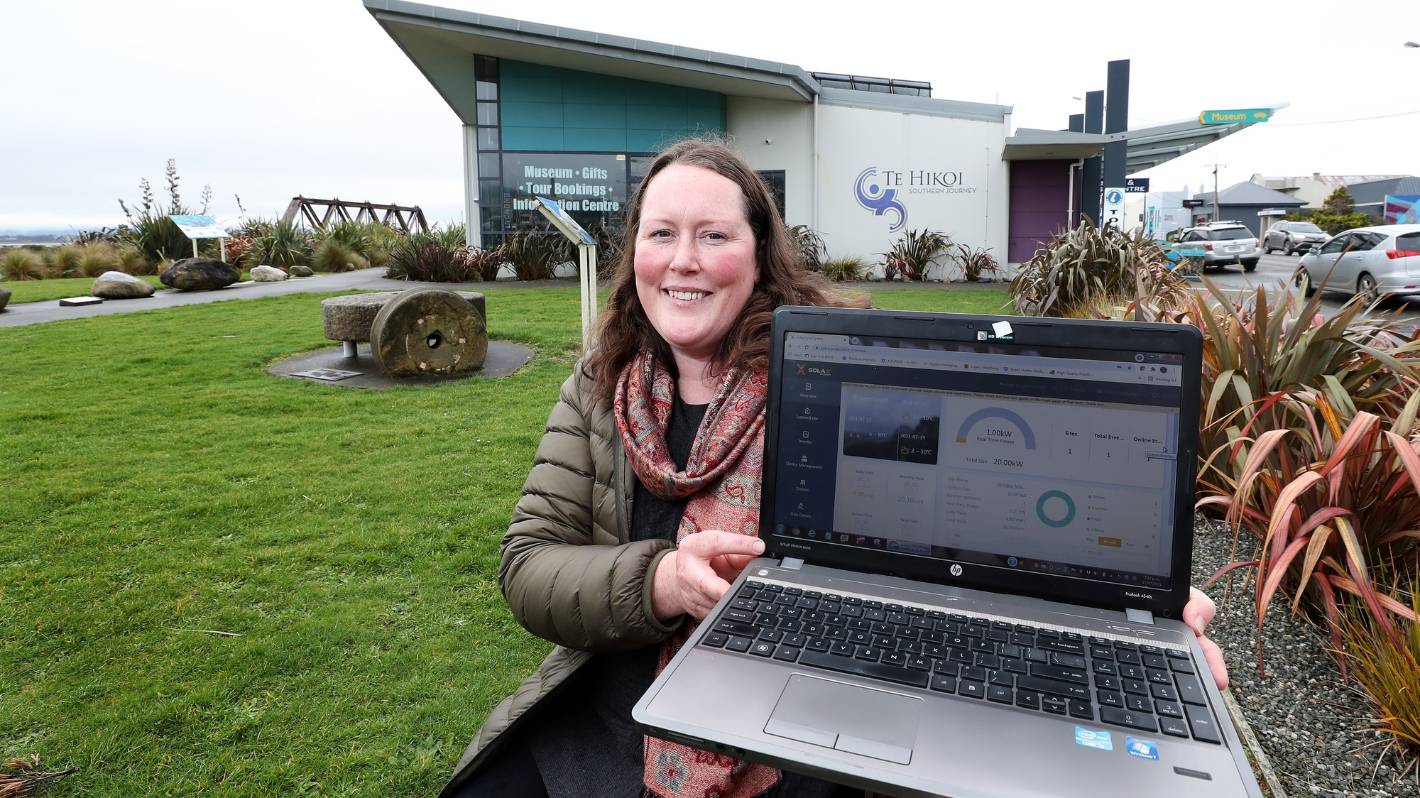 Karyn Owen, Operations Manager of the Te Hikoi Museum and Information Center, with a laptop showing details of the electricity that has been generated since the organization’s solar power system was turned on on Friday. The museum and information center now use a mixture of electricity and solar energy.

The Te Hikoi Museum and Information Center in Riverton has started generating its own solar power in the first phase of the building’s main development.

On Friday the solar power was switched and on Monday work will begin on the additional insulation and better use of space to raise the shelves.

Karyn Owen, operations manager of the Te Hikoi Museum and Information Center, said the museum area of ​​the building will close on Monday and will likely reopen in late September. However, other areas – visitor information, retail and research services – would remain open.

The changes follow strategic planning and a feasibility study carried out in 2019 on ways to reduce costs and increase efficiency.

CONTINUE READING:
* Taranaki Master Builders Supreme House of the Year winner could be prototype for eco-savings
* Wānaka solar power project as a model for New Zealand in the future
* The sun shines in the afternoon when the Northland solar park opens, but clouds remain over coal consumption
* The solar system and wind farm help keep South Taranaki and Hāwera ‘buzzing’
* Solar energy to power Te Hikoi Museum and Information Center in Riverton

Financial assistance from community funders, combined with fundraisers and individual donations, has paid for the $ 43,400 solar power project; additional insulation, $ 10,000; and new shelves, $ 90,000.

The building now uses a mix of electricity and solar energy, but Owen believes it could just be solar in the summer with longer hours of daylight.

“The surplus that we produce in the summer that we do not use is sold back on the grid,” she said.

A long-term goal is to buy batteries to store the solar power generated on site, she added.

The museum and information center’s solar power system was designed and installed by World Solar NZ. According to company director Doone Morrell, a total of 54 solar modules were installed in the northeast and northwest of the building.

“Each panel has 375 watts (production capacity) and there is a total of 20 kilowatts.

“I’m confident they won’t be paying much on the electricity bill in the summer.”

The redesign of the warehouse and shelf space in the building begins this week.

“It will increase our capacity to store things by 50 percent,” said Owen.

“New shelves and more insulation will be installed over the next few months.”

Next year, an improved system to control heating and humidity throughout the museum is a goal, Owen said.

“In theory, we can afford to run it because the electricity bills are lower because we generate some of our own electricity.”