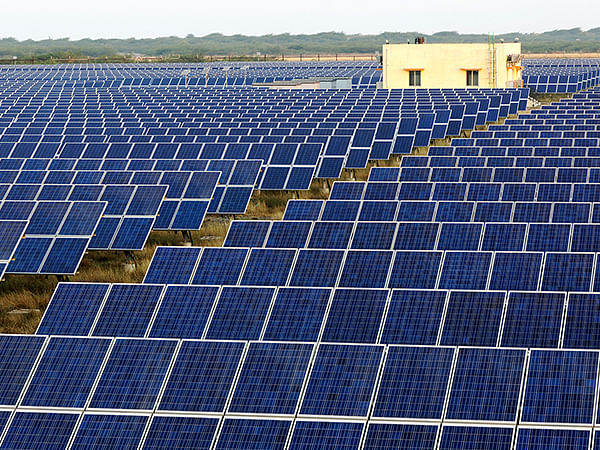 New Delhi: ThePrint has learned that the International Solar Alliance (ISA), a multilateral body co-founded by India, is seeking to mobilize $ 1 trillion in solar energy investments in its member countries around the world, with a special focus on Africa.

The ISA and Bloomberg Philanthropies also plan to work with the Washington, DC-based World Resources Institute to present an “Solar Investment Action Agenda” at the upcoming UN Climate Change Conference (COP26) in Glasgow. which takes place from October 31st to November 12th.

When asked if there are countries where the ISA will prioritize investments in solar energy, Jagjeet Sareen, deputy director general of the board, told ThePrint: “Countries in Africa get only about 4 percent of investments in renewable energy and even less in solar energy . That’s 17 percent of the world’s population and 75 percent of the region has no access to electricity. So while we see US $ 1 trillion as our goal at ISA, distributing that investment fairly is just as important. “

Also read: Everything about the International Solar Alliance, co-founded by France and India, to promote solar energy

In Africa, the ISA will be active in the areas of information, analysis and advocacy on solar markets as well as support in building capacities from political decision-makers to technicians. “We have trained around 1,500 such people and our banker training program is a hit in all member countries, mainly from Africa and the LDCs (Least Developed Countries). Local financiers now understand what a solar project is, what the risks are and see these projects as cheaper, ”said Sareen.

Plans unveiled for new solar energy farm to be built…

Sunshine of the times: WPS announces pair of Wisconsin solar…

Investments in solar projects fell by 44 percent worldwide due to the pandemic, but are slowly recovering this year, a current BloombergNEF (BNEF) report found.

However, the report also found that electricity demand in 75 less developed ISA countries is expected to triple over the next 30 years, while utility solar costs are expected to decrease by nearly 20 percent over the next five years. This means that solar energy is likely to be the “most economical solution” for expanding new power generation capacities.

“India must lead by example”

Ahead of the UN Climate Change Conference (COP26), India appears to be on the right track to meet its target of 450 GW of renewable energy capacity by 2030. It will be in August crossed the 100 gigawatt (GW) mark of installed renewable energy.

“India, as they say, needs to lead by example,” said Sareen. “Indian industry and financiers are all looking for opportunities outside of India. As the solarization agenda advances in developing countries, India could very well offer technical and financial know-how in our member countries. “

Earlier this year, the former Foreign Minister Shyam Saran noticed that India has “a good story to tell” with regard to climate action before COP26.

Sareen also said that if PM modes are those suggested by the ISA global solar power grid, known as “One Sun One World One Grid” at COP26, India could push for solar links in the west with Gulf Cooperation Council countries and in the east with ASEAN countries.

Also read: At the UN climate meeting, the alliance, which India co-founded, hopes to realize the dream of a global solar network

Why news media is in crisis and how to fix it

But the news media is in a crisis of its own. There were brutal layoffs and wage cuts. The best of journalism is shrinking and giving way to a crude prime-time spectacle.

ThePrint is made up of the best young reporters, columnists and editors. To maintain journalism of this quality, you need smart, thinking people like you to pay for it. Whether you live in India or abroad, you can do it here.

Plans unveiled for new solar energy farm to be built alongside…

Can You Power And Heat Your Pool With Solar?