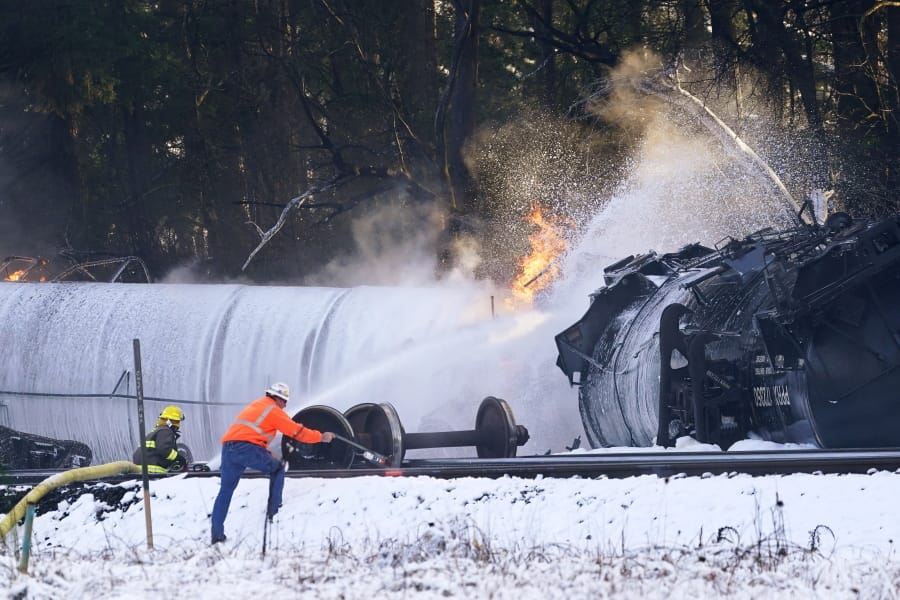 Seven wagons of crude oil derailed and five caught fire on December 22, 2020 in Custer, Washington, sending a large cloud of black smoke into the sky near the Canadian border. There were no injuries in the derailment about 100 miles north of Seattle.

KUOW reports that a union official representing the driver told authorities that the derailment was not an accident.

The incident occurred near where two people were arrested a month earlier and charged with attempting a terrorist attack on railroad tracks to disrupt plans for a natural gas pipeline.

KUOW reports that the cause of the derailment will not be officially revealed until the FBI, the Federal Railroad Administration and the National Transportation Safety Board have completed their investigations.

Two people were on board the 108-car train traveling from North Dakota to the Phillips 66 Ferndale refinery.

In the month leading up to the derailment, Seattle federal authorities charged two people with a terrorist attack on railroad tracks, saying they had installed “shunts” on the tracks in Burlington Northern Santa Fe. Shunts consist of a wire stretched across the track that mimics the electrical signal from a train. The devices can automatically brake trains and deactivate level crossing attendants.

The FBI’s Joint Terrorism Task Force said there had been dozen such cases involving BNSF tracks.

Home to five oil refineries, Washington state transports millions of gallons of crude oil across the state by rail every week, mostly from North Dakota and some from Alberta and Saskatchewan, Canada.