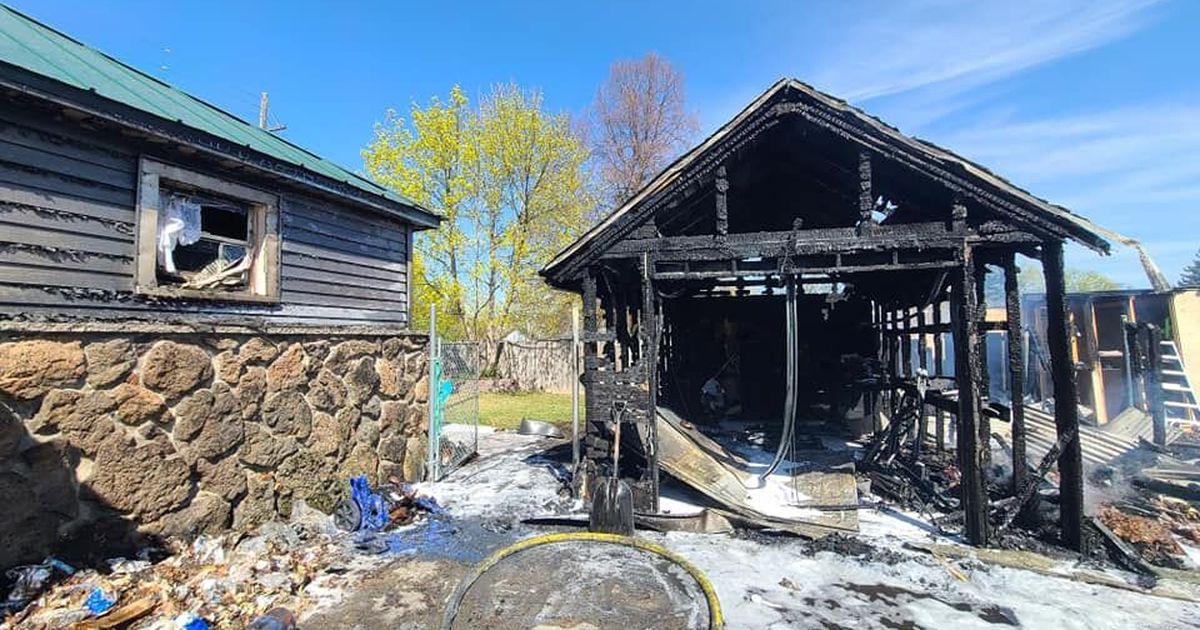 14 firefighters responded to the call shortly after 10:30 a.m., according to a press release from the Spokane Valley Fire Department. The blast neighbors that neighbors heard from the detached garage were likely propane tanks that burst in the fire, the fire department said.

Nobody was injured in the cremation. A small dog named Maru was found unharmed on the property. Firefighters are still investigating the cause of the fire.