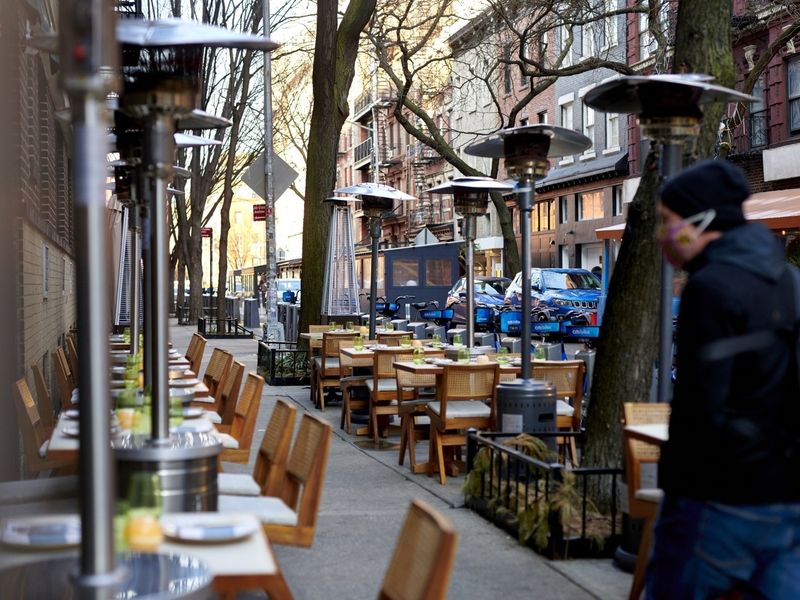 NYC restaurants ordered to swap out propane for outdoor dining

“We want open restaurants to be an integral part of the New York landscape,” said Mitch Schwartz, a spokesman for Mayor Bill de Blasio, “and the most important step we can take is the safety of guests and staff.”

Although no propane heater fires were reported in the past year, the city said it plans to prevent them in the future, according to the New York Daily News. Propane is a heavy gas – heavier than air, which means it will accumulate in deep places near possible sources of ignition. If a 20 pound container of propane were ignited, it could destroy a full building. The emergency ordinance that allowed propane heating expired in late May, but a group of restaurants fought for its renewal when the weather, particularly in the evening, fell into the 1950s.

More than 10,000 restaurants participate in the city’s open dining program and sometimes generate more than a third of their revenue from outdoor seating. The program was launched last year as an emergency measure. When indoor dining was closed or capacity was limited, the outdoor seating was sometimes the only seating in a restaurant. Some diners still prefer them out of caution, amusement, or because they are unvaccinated and cannot eat indoors.

Natural gas heating installation requires a permit and must be supervised by a New York master plumber. Electric heaters also require a qualified electrician and a permit. The building department must check both systems before commissioning.

Midtown eatery Fresco by Scotto put about $ 10,000 in electric heaters. They turned on two weeks ago and then blew the electricity. They work now, but NYC Propane Delivery’s Derek Kaye said this was a common risk.

“It’s like plugging 10 microwaves into one socket,” he said. Kaye had shipped propane tanks to hundreds of restaurants every day last year.

Enforcement begins on January 1st. Until then, the New York Fire Department and the Department of Small Business Services will be running an awareness campaign about heating alternatives.