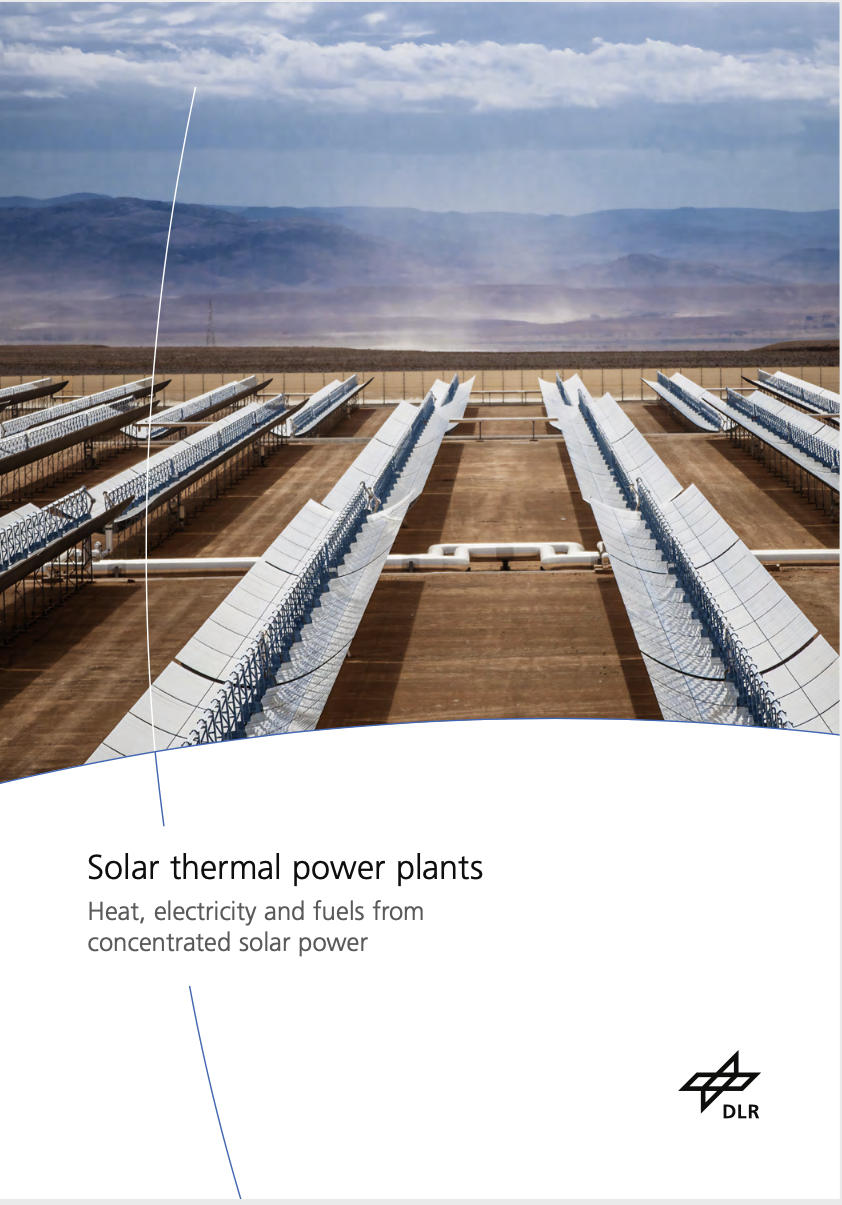 In his brief study; Solar thermal power plants: heat, electricity and fuels from concentrated solar energy The German Aerospace Center (DLR) provides an overview of the current situation with a view to the technological status, the requirements and the potential of Concentrating Solar Power (CSP) systems . That to learn focuses on the importance of these systems as a reliable supplier of controllable renewable heat and electricity for a sustainable energy system of the future. It answers frequently asked questions about how it works, geographic requirements, economic prospects and socio-economic consequences.

In a solar thermal power plant, mirrors collect the sunlight and reflect it onto special receivers. The concentrated solar radiation heats a heat transfer medium such as molten salt or thermal oil to a temperature of up to 1000 degrees Celsius. This heat is either used immediately to generate electricity or stored in large tanks. Storage enables the power plant to generate heat for steam generation as required. The steam drives a turbine that uses a generator to generate electricity. Solar thermal power plants can deliver electricity exactly when it is needed, regardless of the time of day or fluctuations in solar radiation. At the same time, heat storage in large molten salt tanks is 80 to 90 percent cheaper than storing electricity in batteries.

“These controllable power plants are extremely important for a stable energy supply. Renewable energies from wind power and photovoltaics are always subject to seasonal and time-of-day fluctuations – that means it depends on whether the wind blows and the sun shines, “says Robert Pitz-Paal, Director of the DLR Institute for Solar Research, who carried out the study coordinated. “In regions with the necessary direct solar radiation, solar thermal power plants can replace fossil-fuel power plants as controllable power plants. This opens up the possibility of an energy system that relies primarily or 100 percent on renewable energies in these places. ”In addition, solar thermal power plants can also provide process heat at very high temperatures for industrial companies and can be used to produce hydrogen and synthetic fuels. This helps to make industrial processes less carbon dioxide intensive and to make the mobility sector more sustainable.

Solar thermal power plants are still in their infancy. There are currently around 100 such systems around the world with a total output of 6.2 gigawatts. They are mainly located in the Sunbelt regions – around the Mediterranean Sea and, for example, in North Africa, the southern USA and Australia. Electricity from solar thermal power plants at favorable locations is already competitive with electricity from fossil fuels. “Innovation, mass production and more competition in a growing market will contribute to further significant cost reductions,” Pitz-Paal is certain. He considers electricity production costs of five US cents per kilowatt hour to be achievable in the next 10 years.

German industry is well positioned to position itself as a leader in this technology area. The export orientation and extensive know-how in plant and mechanical engineering will prove to be particularly useful. “Other politically funded demonstration projects and reference systems will play a particularly important role in bringing innovations to market maturity. At the same time, highly innovative small and medium-sized companies need support in the initial phase in order to be able to assert themselves in large power plant projects, ”says Pitz-Paal. However, this development is not a one-way street. In order to achieve its long-term climate goals, Germany depends on energy imports. Sunny countries in which solar thermal power plants produce controllable energy from renewable sources have the potential to become cooperation partners. This also applies to the production of green hydrogen and synthetic fuels.

For more than four decades, DLR has been developing concentrating solar power systems for solar thermal power plants. DLR supports the commercial market introduction of the technology, particularly in Spain, by analyzing local conditions, developing solar collectors, carrying out feasibility studies, carrying out quality assurance measures and training specialist staff. It is thanks to the technologies developed and marketed by DLR that the solar fields of solar thermal power plants are producing such high levels of performance worldwide today.

As part of DLR’s energy research, around 200 scientists from seven DLR institutes are working on technologies for solar thermal power plants. Together with industrial partners, they are driving these new developments forward and testing them in order to further reduce electricity costs from solar thermal energy. In addition, several start-ups have emerged from the DLR –
CSP Services, HelioHeat, Heliokon and Volateq – to become active in this area. Together they now employ around 50 people.

PetroChina sets renewables strategy with focus on geothermal and solar