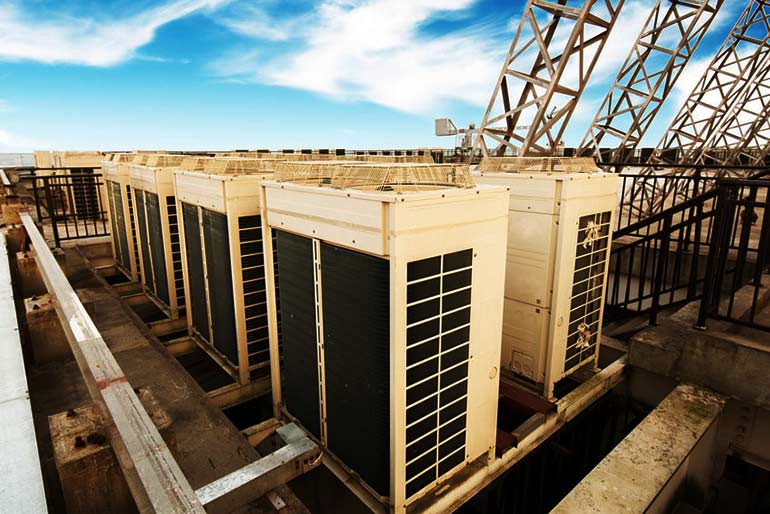 BELGIUM: Leading associations from across Europe, the UK and Japan have expressed “strong concerns” about the content of the European Commission’s latest F-gas review study.

The study presented at DG Clima’s stakeholder workshop on May 6th has already been criticized for claiming the extent to which “natural” refrigerants could replace HFCs in RACHP devices.

The 15 associations, which include the Japanese Association of Refrigeration and Air Conditioning Industries and the Japanese Economic Council in Europe, oppose the Öko-Recherche consultants’ modeling approach and believe that it does not provide the technical rationale to support the proposal for policy options .

The manufacturers’ association Eurovent has already classified the substitution scenarios as “unrealistic” and expressed its skepticism towards the modeling assumptions used. In particular, Eurovent questions a scenario in the study that suggests that hydrocarbon refrigerants could be used in up to 90% of small heat pumps by 2025 and in all large split air conditioners and VRFs by 2030.

Although the Cooling Post was not invited to attend the workshop, it previously reported that the study had proposals to ban the use of R410A in new stationary air conditioners and heat pumps. Now the industry groups have reacted.

In a damning statement signed by the associations, including EPEE, AREA, EHPA, ASERCOM and the British manufacturing group FETA, the study is accused of the fact that the modeling is not detailed enough, that certain refrigerants and technologies have been approached unrealistically and that the significant reduction is not the potential of heat pumps and disregard for the competitiveness of European manufacturers were recognized.

It criticizes the details in the substitution scenarios presented in the study. As an example, it says that heat pumps and air conditioning systems are not clearly defined and there is no specific reference to condensing units in commercial refrigeration technology despite their specification in the ecodesign legislation.

The groups argue that refrigerant choice, life assumptions, and other factors vary significantly depending on the application segments, and that inadequate segmentation leads to premature and potentially misleading and unfounded conclusions.

It is also argued that all types of low global warming refrigerants are required to facilitate decarbonization in various sectors and that assumptions in the modeling are challenged. 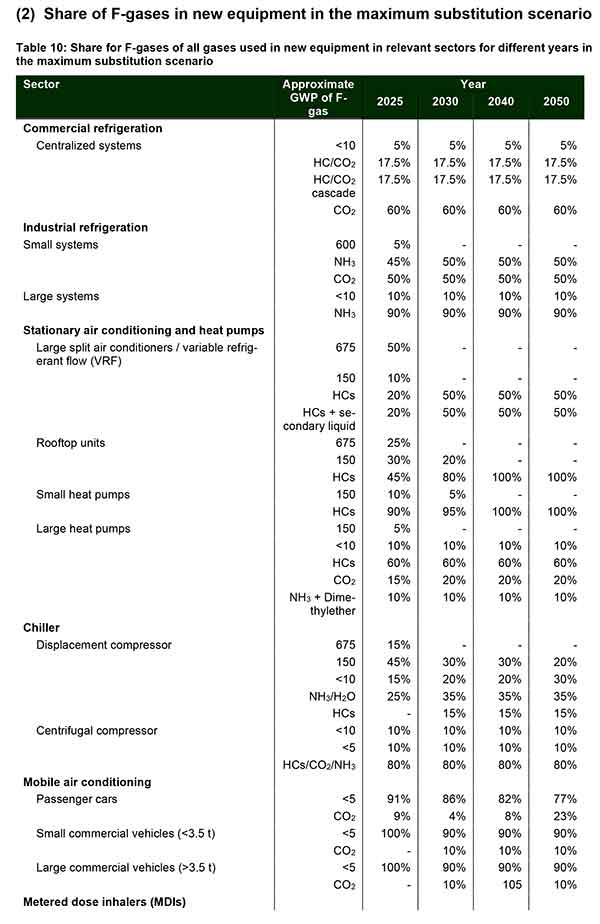 In particular, the study claims that 80% of radial coolers could use “natural” refrigerants (CO2, hydrocarbons and ammonia) by 2025, 90% of small heat pumps could use hydrocarbons by 2025, and all 100% large split A / C and VRFs Hydrocarbons up to 2030 are described as “unrealistic” – especially since such products are not yet commercially available.

The study’s compilers are also accused of ignoring critical aspects of safety, energy efficiency, affordability, and existing safety standards and building codes that limit the use of flammable and toxic refrigerants in all air conditioning and heat pump applications.

“Energy efficiency should never be compromised as most of the emissions are more related to energy consumption (indirect emissions) than to refrigerants (direct emissions),” the statement said.

The group also expresses concerns that ignoring the contribution of heat pumps and air conditioning to reducing energy-related CO2 emissions could jeopardize the benefits of heat pumps on the road to decarbonization with restrictive refrigerant-related obligations.

Without taking a breath, the industry groups accuse the study of relying on “very incomplete data” that do not take into account aspects such as reducing leaks, recovery, recycling and recovery. It is also said that important considerations about safety standards and / or EU directives / regulations – such as the General Product Safety Directive, the Low Voltage Directive, the ATEX Workplace Directive, the Machinery Directive, the Pressure Equipment Directive – as well as local and regional building codes or ecodesign measures are ignored .

Manufacturers at a disadvantage

There are concerns that the adoption of such measures could affect the competitiveness of European manufacturers in overseas markets.

“In order to be a technological leader on a global level and to avoid a relocation of production outside the EU, a level playing field and fair and equal treatment vis-à-vis manufacturers outside the EU have top priority,” the EU said. “As long as exported refrigerants in pre-charged devices are not taken into account in the modeling and are exempted from the quota requirements in the EU, this cannot be the case.”

It is also argued that the industry has developed new product platforms based on the use of flammable refrigerants and relies on the predictability of the existing F-gas phase.

“These efforts, and the fact that these platforms may not have the time to mature in the marketplace, have not been taken into account in terms of mitigation costs, etc. It appears that the tremendous efforts of the industry to deliver compliant products have not been considered at all and considered “negligible”. “

When reviewing F-gas, a ban on R410A is being considered
BELGIUM: A ban on the use of R410A in new stationary air conditioning systems and heat pumps is being examined as part of the review of the European F-gas regulation (517/2014). Continue reading…