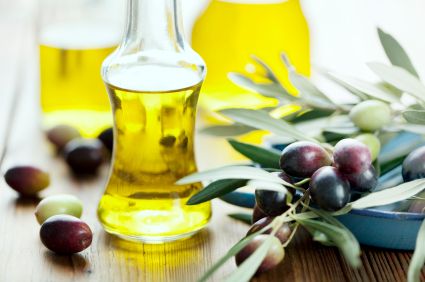 “Our findings support current dietary recommendations to increase intake of olive oil and other unsaturated vegetable oils,” said lead author Marta Guasch-Ferre, PhD, a senior researcher in the Harvard TH Chan School of Public Health’s Department of Nutrition. in a press release. “Clinicians should advise patients to replace certain fats, such as margarine and butter, with olive oil to improve their health. Our study helps provide more specific recommendations that are easier for patients to understand and hopefully incorporate into their diet.”

The researchers analyzed 60,582 women and 31,801 men with participants from the Nurses’ Health Study and the Health Professionals Follow-up Study. Participants were free of cardiovascular disease and cancer at baseline in 1990. Every 4 years over a 28-year period, the participants’ diets were assessed using a questionnaire asking how often, on average, they consumed certain foods and types of fats and oils, as well as what brand or type of oils they used for cooking to have.

Margarine and butter consumption was based on the reported frequency of stick, tub, or soft margarine consumption and the amount of margarine or butter added during home baking and frying. The intake of dairy products and other fats and nutrients was also calculated.

Massaging for immunity: How to do it, when to do it and the…

“The current study and previous studies have found that consuming olive oil may have health benefits,” said Susanna C. Larsson, PhD, associate professor of epidemiology at Karolinska Institutet, in the press release. “However, some questions remain unanswered. Are the associations causal or false? Does olive oil consumption protect against certain cardiovascular diseases such as stroke and atrial fibrillation, or just other serious diseases and causes of death? What amount of olive oil is needed for a protective effect? More research is needed to answer these questions.”

Massaging for immunity: How to do it, when to do it and the right type…