The Pine Ridge Reservation estimates unemployment at 80% – and that can make any job important. Renewable energies can create jobs. In fact, one Pine Ridge man is training Native people across the country in the skills they need to work with solar energy.

Lakota Solar Enterprisesis is located on off-street property on the Pine Ridge Reservation. There are trailers with solar generators and panels scattered between small buildings. Henry Red Cloud founded the company. He grew up in Pine Ridge and moved away for a construction career.

“So I know everything there is about building, from ground zero to water to septic tanks and electricity. And then I found myself working as a steel construction worker for the last 10 years. “

Red Cloud worked on high-rise buildings for the last part of his career and then moved back to the reservation. And then he discovered a new passion.

“I started looking at solar energy in 1997 because I found it fascinating and I needed a way to power my house.”

Red Cloud says it is expensive to bring energy to his remote home, so he looked for a renewable solution. He traveled the country for six years studying solar energy and installation. He learned how solar energy can provide electricity, heat water and heat a house. When Red Cloud returned to Pine Ridge, he was using soda cans as part of his own off-grid system …

“An animal from a solar furnace.”

Red Cloud’s original design used beverage cans to make sustainable solar panels. As he refined his design, he exchanged the cans for other materials. But the system is basically the same. It draws in air, warms it up, and then uses that warm air throughout the day.

“I took the concept of the 1970s and implemented material of the 21st century and developed a super hot box.”

In 2003, Red Cloud opened Lakota Solar Enterprises as a manufacturing company. He says only one other company in the United States made this type of solar oven. Its devices plug into the outside of a house and are self-sufficient – that is, they generate their own electricity during the day by collecting heat from the sun.

“Now we’ve distributed thousands, lots of people, so I share the concept.”

Red Cloud received an honorary doctorate from Washington University and an MIT scholarship for his work in the solar energy field.

Shortly after production began, he invited tribal students from all over the country to learn more about solar power and installation. The Red Cloud Renewable Energy Center is an accredited university. He encourages students to bring their skills back to their own tribes to build sustainable projects … and so far it has worked.

“To date, I have been working with 37 of the nationally recognized tribes on their residential solar projects to create an economic opportunity and to help people reduce their carbon moccasin impression.”

Approximately 900 students from 37 tribes have graduated, some from South Dakota reservations. Red Cloud says this training is a great business opportunity.

“I saw the need for myself and then I stumbled upon the fact that I was like, ‘Man, this can be a business, people can go to work.”

“Seven years is the top end to paying for your entire system, then you save money for the remaining 25 years.” 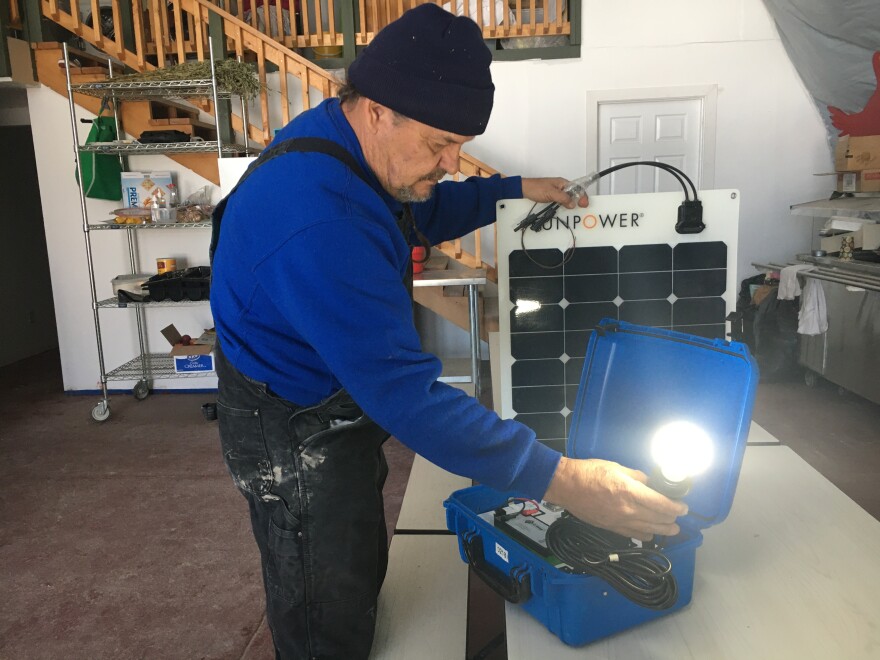 South Dakota is one of the few states in the country that does not have a so-called net metering policy. And that means that consumers will take longer to amortize their solar systems.

With net energy metering, households and companies can sell surplus electricity back to their supplier at normal market prices. The South Dakota Public Utility Commission has not approved the net metering, in part because utilities pay more for that energy.

There is debate in other states about how to create a policy that compensates solar customers without putting the cost on non-solar customers.

Red Cloud says the move to a net metering system would encourage South Dakota residents to switch to solar power.

“But let’s get together and change that so we can really start saving. You know, we are the sunshine state. ”

Red Cloud says a change in government policy would create more job opportunities for its students like Leo Bear.

Bear is from a Shoshone-Bannock band in Idaho. In 2008 he traveled to Pine Ridge for training for the first time and took a course at Lakota Solar Enterprise.

“Henry did a demonstration about the solar stoves, so I go around tinkering with what I’m doing here. And I had to play with things that, ‘oh this works, this is cool’. And when I saw what it did and pushed the heat out, I was addicted. ”

Since then, Bear has been traveling back and forth between states to work with solar panels or even just to do handicrafts.

“What I’m building here is a solar generator. What it does is powered by a panel that, like a battery in a vehicle, calls it a trickle charge. ”

Bear says that a charged generator can power things like cell phones and normal household appliances. And when it’s in the sunlight …

“It just keeps charging. It’s like a normal device. You have to wait, but these are all free, you don’t have to buy gas, no emissions. We are good free energy.

Bear is fascinated by this concept of free, renewable energy. After all, he plans to develop and sell his own solar generators. Bear says he’s proud of the work he’s been part of.

“That’s why I’m drawn back, because that’s what you can build next.”

Bear helped install solar panels on a tribal radio station on Pine Ridge. KILI is a non-profit, non-commercial community radio station that has been on the air since the 1980s. Tom Casey is the station manager. He says the station uses a lot of electricity.

“We worked with Henry Red Cloud and put a two killawatt solar array on the roof and that was successful. So we went back, got some resources and, with Henry’s help, added a three Killawatt solar panel to the shell. And so we were able to cut our electricity bill in half between these two solar systems and a ten kilowatt wind turbine. ”

In 2018, KILI Radio added another solar system that can produce an additional 20 kilowatts of energy. Casey says the station wants to be as green as possible and the use of solar power is an example for the community.

“They know that everyone on the reserve is struggling with operating costs and that you have to deal with electricity or propane. If you are able to postpone some of these costs through renewable energies, be it sun or wind, I think that’s fantastic, it’s the way to go. ”

A new solar project is in the works on the Pine Ridge Reservation that will require nearly 500,000 solar panels. The so-called Lookout Solar Park will be the largest solar project in South Dakota. Organizers plan to hire Henry Red Cloud and his students to help with installation and training.