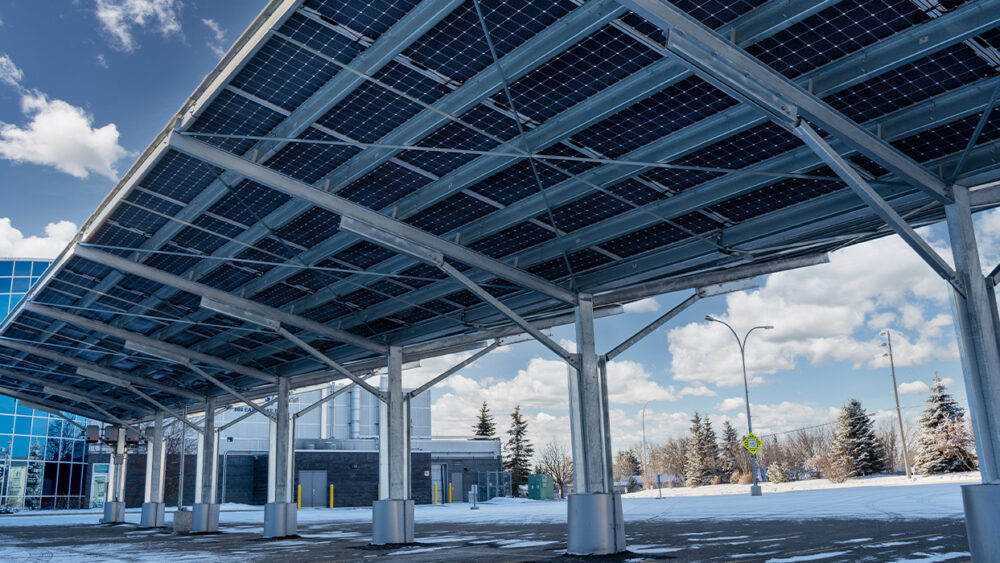 As part of its commitment to reducing CO2 emissions, The Goodyear Tire & Rubber Co. is building two large solar power plants together with energy company Enovos at its test facilities in Colmar-Berg, Luxembourg, to provide the Luxembourg citizens with clean energy.

The first power plant will be a photovoltaic carport consisting of 1,500 solar collectors and covering a parking space of around 4,000 m2. With an annual production of 657,500 kWh, the carport will be the first in Luxembourg of this size and generate enough energy to supply a number of households.

Completion of the first station is planned for August 2021, while plans for the second power plants are planned for 2022.

After completion, both stations will produce around 5 GWh of electricity annually for the next 20 years and reduce CO2 emissions by around 50,000 tons. At the same time, more than 1,200 households are supplied with clean energy every year.

“Thanks to this project, we will be producing local green and carbon-free energy for Luxembourg citizens,” said Xavier Fraipont, Goodyear’s vice president of product development in Europe, the Middle East and Africa. “We are pleased to support the Luxembourg government in their goal of switching to 100% renewable energies.”

Erik von Scholz, CEO of Enovos Luxembourg, added: “Enovos is working closely with our industrial partners to rapidly promote the implementation of renewable energies and thus the decarbonization of the energy sector. Enovos’ ambitions are made possible by its know-how to develop solutions for renewable energies and to put them into practice. This joint project shows our ongoing commitment to the energy transition in the Greater Region. “

“Solar energy is the energy of the future, and the latest figures are clear evidence that more and more residents and companies are committed to it: The production of photovoltaic power plants is constantly increasing. I am therefore very pleased that Goodyear, an industrial player in the north of the country, is joining this development and thus helping to convince even more players that photovoltaics is not only beneficial for the climate but also for the economy ” said the energy minister, Claude Turmes.