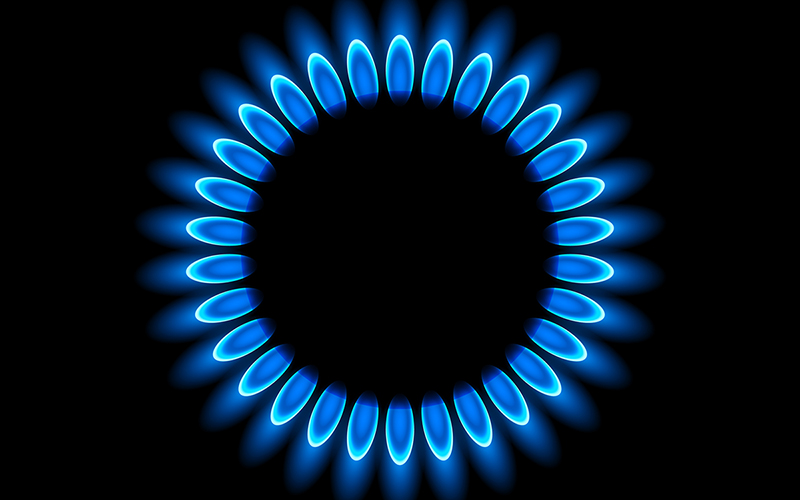 In the summer of 2019, Berkeley, California became the first city in the country to ban gas connections in new buildings, drawing attention to an often underestimated health risk and driver of climate change. Over the next two years, the trend towards a gas ban spread quickly. At least 46 other California cities and a handful of major metropolitan areas – including Denver, Seattle, and New York – have either adopted or proposed their own “electrification codes”. It seemed, for a while at least, that one of the pillars of the fossil fuel industry was crumbling.

Then the gas industry launched a counter-offensive.

From Arizona to Alabama, gas industry legislation has moved across states at an alarming rate. At least a dozen states have now passed laws banning cities from restricting gas connections on new buildings, and as many have tabled similar bills this year. The laws have dealt a major blow to accelerating efforts by cities to ban natural gas – a major contributor to methane emissions, a greenhouse gas 86 times stronger than carbon dioxide that is accelerating the climate crisis. However, some climate activists say that while the preemption laws have placed hurdles on electrification, they betray an industry that is increasingly concerned about its future.

“That’s no surprise,” said Bruce Nilles, executive director of the Climate Imperative project at Energy Innovation, a think tank focused on clean energy policies. “The gas industry has exercised enormous power and influence for decades and is now faced with an existential threat. When the coal disappears, they know they are next. ”

Buildings are the second largest source of greenhouse gas emissions in California after transportation, and gas appliances such as stoves and ovens are a contributing factor. Every year, the infrastructure that carries gas to buildings and homes leaks enough methane to match emissions from all vehicles in the United States. “We cannot avert the worst effects of the climate crisis if we continue to use gas,” said Rachel Golden, assistant director of the Sierra Club’s building electrification program. “For most cities, construction is the number one source of greenhouse gas emissions, so it becomes more difficult to move forward when they are so paralyzed.”

Gas stoves have also been linked to respiratory problems, and children who live in homes with gas stoves are 42 percent more likely to have asthma. Cooking on a gas stove for as little as an hour can cause indoor air pollution that, if recorded outdoors, would be considered illegal by the EPA, according to one study.

We call on local governments to support the construction of all-electric homes and buildings to ensure that our communities are more affordable, climate-resilient and healthier.

Golden said the pre-emption laws were “detrimental” to the larger battle to electrify the building, but they are by no means the end of the story. “The gas industry basically took these efforts because they freaked out,” she said. “They don’t want the gas bans passed in California to spread, so they’re focusing on red states where it’s an easy win for them.”

Florida is the last state to pose a major challenge to building electrification. A bill sent to Governor Ron DeSantis in June prevents cities from banning natural gas as a source of energy in new buildings and limits their ability to reduce the use of fracked natural gas. David Cullen, a lobbyist for the Sierra Club of Florida, said the bill came as no surprise – prevention is part of the state’s political DNA. “You name it, you anticipate it,” he said. “They do that with plastic bags. They do it with styrofoam. They do it with sunscreen. They take away the ability of cities to regulate and give it to the state. Then the state does nothing. It’s like in the Wild West. ”

The irony is inevitable: Florida, which is largely underlaid with porous limestone, is directly threatened by a warming climate – rising sea levels – by burning oil and gas. Miami, which is particularly vulnerable, recently announced that it will have to block natural gas connections in new buildings if it hopes to meet its goal of becoming carbon neutral by 2050.

The bill, HB 919, prevents cities from passing laws that prohibit or, more importantly, “restrict or prohibit” the sale of any form of energy. This includes oil and gas, but also electricity.

“I have no problem with clean energy,” said State Senator Travis Hutson, a St. Augustine Republican and sponsor of the law, the Tampa Bay Times. “In fact, I encourage everyone, our cities and counties, to use clean energy.”

According to an American Gas Association playbook (literally), state politicians across the country are streamlining pre-emption laws to protect “consumer choice.” A bill signed by Mississippi Governor Tate Reeves in March was misleadingly named the All Fuels Act of 2021. This “all of the above” approach allows conservative politicians to argue that the bills treat all energy sources equally. Cullen of the Sierra Club said the real effect of the law will be to prevent cities from moving away from fossil fuels.

“It would be wonderful for every individual in the state to voluntarily and intentionally choose to switch to renewable energy sources,” said Cullen. “But that’s not how the world works. Especially when you have an established industry that receives government subsidies and has enormous access to decision-makers. “

In Georgia, where Governor Brian Kemp signed a pre-emption bill in May, the message was harshly worded regarding responding to gas bans in California and other advanced states. “The reason for House Bill 150,” Stephen Loftin, a representative for the Natural Gas Association of Georgia, told Atlanta NPR subsidiary WABE, “is because a number of local governments across the country have announced natural gas bans.”

Also of note was the Georgia Preemption Act, which was passed without the support of the state’s major utility company. Georgia Power – and to some extent Southern Company, its gigantic parent company – has already begun to turn to electrification. Last year, the company announced that it would electrify 50 percent of its vehicle fleet by 2030. And the new Vogtle units 3 and 4 will be the first new, greenhouse gas-free nuclear units built in the USA over the past three decades.

At least when compared to some of its national counterparts, Southern Company has been relatively more supportive of electrifying the building, Nilles said. The utility has promised to achieve net zero greenhouse gas emissions by 2050 (although that vague target includes burning gas with carbon capture technology). And in Georgia, Alabama, and Mississippi, it has invested in experimental “smart neighborhoods” equipped with rooftop solar panels and battery storage, electric vehicle chargers, and heat pumps that use thermal energy stored in the earth to heat water.

The latest pre-emption laws reveal weakness in gas industry strategy. Each of the states that have succeeded in passing a law is politically conservative. They are among the very last places where climate activists are expected to pass gas bans. Beyond these states, the gas industry has no real way forward. “The gas industry’s efforts in most of these states are really, really premature,” said Jen Hensley, director of state lobbying and advocacy for the Sierra Club.

The states that made it impossible for cities to ban gas are also relatively modest gas consumers. Most of these states are in the south, which historically had a higher proportion of electric stoves and heat pumps (and less need for gas heating in winter) than states in the cooler, more politically advanced north. According to the Energy Information Administration, electricity accounts for more than two-thirds of the energy source used to heat homes in the south. The rest comes from a combination of gas, renewable energy and coal. In the northeast, where state politicians are introducing climate-friendly laws – including gas bans – this ratio is reversed. Only three consistently blue states – California, New York, and Illinois – are responsible for nearly 25 percent of all greenhouse gas emissions from buildings.

None of this is intended to diminish the gas industry’s strategy of predatory procrastination. Suffice it to say, these pre-emption laws are more onerous than anything else – hurdles on a one-way road.

Golden of the Sierra Club said there are also federal avenues to electrify buildings that don’t involve cities. A clean energy standard like the one proposed by the Biden government would require utilities to get more electricity from renewable sources and could nullify recent pre-emptive laws. For example, it could include a provision calling for a 100 percent clean network by 2050, she said. “There are many other ways we can advance clean energy buildings. Even if the gas industry is successful here, that doesn’t mean we’re losing. This is basically the gas industry that is fighting for its life. The writing is on the wall. “