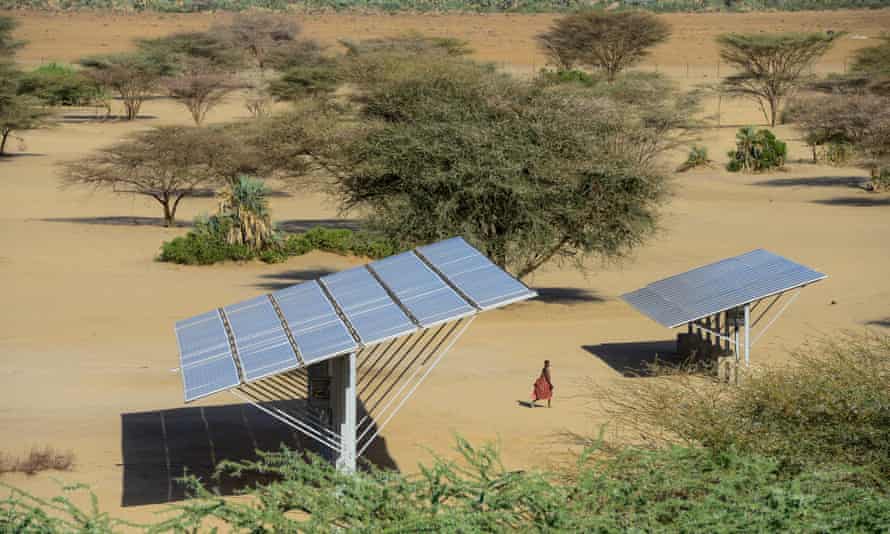 Environmentally conscious consumers who are fed up with the low savings rates are attracted by a multitude of green investments with up to 8% interest per year.

However, anyone thinking about signing up has to be willing to take some risk for their money. This is much more risky than a bank or building society account.

The investments include a program that enables people to invest money in companies that provide African families with access to clean, affordable solar energy and one that includes a company that has found a way to grow “greener” tomatoes in the UK.

For first-time investors, Energize Africa currently guarantees investments up to £ 100

Energize Africa enables people to invest in solar company bonds to provide “life changing” solar home systems to low income families in countries like Kenya, Tanzania and the Democratic Republic of the Congo.

For first-time investors, Energize Africa currently guarantees investments of up to £ 100.

Energize Africa was founded in 2017 and is the result of a connection between Ethex, a UK platform for ethical investment, and Lendahand, a Dutch crowdfunding platform.

This involves investing your money in bonds (mostly unsecured, although some are secured) that are not listed on a public market. The minimum investment is € 50.

At the time of writing, there were several projects on the Energize Africa website that were either open for investment or about to go live. There is a 30 month bond issue from a solar company called Oolu based in Senegal with an expected interest rate of 7% per year. Oolu plans to raise just over £ 112,000 and says the money will help provide solar home systems to 432 families in Burkina Faso.

Meanwhile, in Kenya, a company called Sollatek is offering a two-year bond with an expected interest rate of 5% per annum. The goal is to raise £ 40,000 to provide 200 solar home systems to families in rural Kenya.

At the time of writing, investors also had a two year bond with an expected interest rate of 6% that aims to raise £ 500,000. It was started by a Kenya-based agricultural supply chain company called iProcure.

Lisa Ashford, Managing Director of Energize Africa and Ethex, says, “Since the pandemic started, we’ve definitely seen an increase in people’s investment on our two platforms. Several factors play a role, including low interest rates, but we’ve seen many new customers wanting to support initiatives that can have direct benefits for their community or a positive impact on the environment. The latest UN climate report and events such as the Greek forest fires put this into perspective. “

The guarantee offered to new investors will reassure some although furthermore your capital is at risk and returns are not guaranteed.

In the worst case scenario, if there is a disaster, crisis or bankruptcy, you could lose all or part of your capital and not receive compensation from the UK Financial Services Compensation Scheme or complain to the Financial Ombudsman Service.

In the meantime, individuals who are concerned about the environmental cost of food production are being targeted with a new investment that offers 8% interest per year.

There is an opportunity to invest money in Sterling Suffolk, a company that builds and operates carbon-sequestered greenhouses that grow “greener” tomatoes.

The investment was launched by the crowdfunding platform Abundance Investment and is expected to raise up to £ 6.75 million.

In the UK we eat over 500,000 tonnes of fresh tomatoes each year, but we only grow 20% of that here. We are dependent on imports all year round, which causes high environmental costs.

The UK imports most of its tomatoes from countries like the Netherlands, which operate gas-heated greenhouses, or from countries like Spain, which benefit from lower heating needs but have other major environmental impacts, including transport and water use.

Sterling Suffolk, based in Bramford, near Ipswich, is addressing this problem head on. The semi-enclosed greenhouses are the first of their kind in the UK and use 25% less energy per ton of tomatoes than other traditional greenhouses while capturing and reusing at least 75% of the CO2 generated by heating, a spokesman says.

The minimum investment is £ 5 and those who deposit their money buy negotiable notes which are like corporate notes. However, debt securities are not covered by the FSCS or the FOS and again there is a risk that you may not get back the money you invested or that you may receive a return on your investment.

The stated yield of 8% assumes that you hold the Notes until maturity in October 2032.

According to the Offer Document, anyone investing now £ 1,000 would receive a total of £ 1,555 on maturity – that is, their original principal plus £ 555 in interest income.

Unlike some other unsecured Abundance investments, these bonds are collateralised and can be resold to other investors free of charge through the Abundance Marketplace.

The home improvements that add the most value to your property