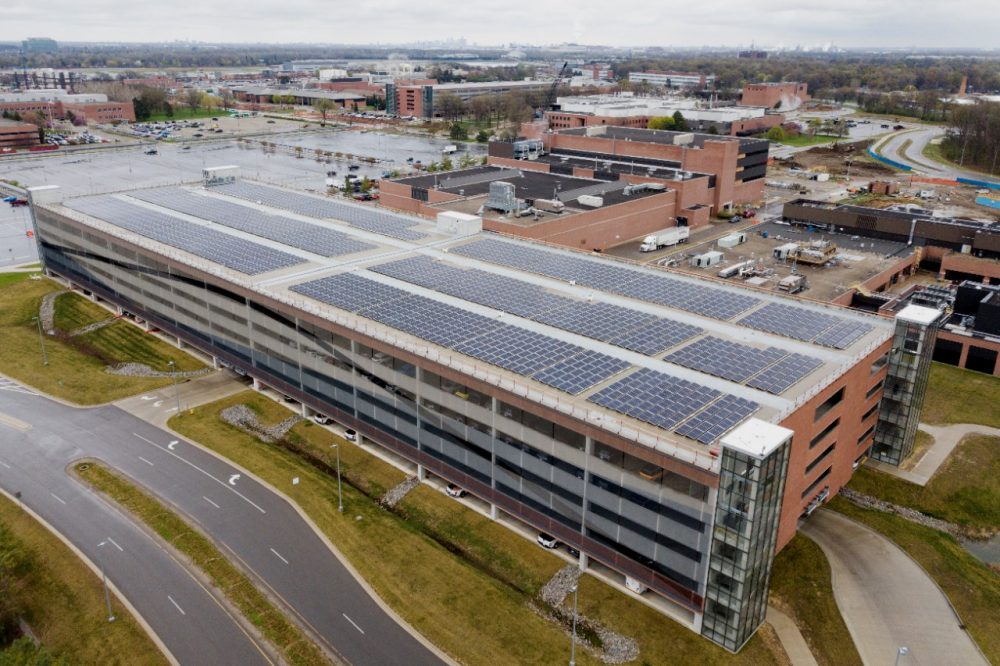 Ford, DTE is building a massive solar system on the parking garage of the former Research & Engineering Center
Photo: Ford

The Ford Research & Engineering Center in Dearborn, Michigan, receives a new solar system with 2,159 modules. The roof array can generate 1,127 megawatt hours of energy and is the latest development to emerge from a partnership between Ford and DTE Energy.

Ford and DTE Energy say the array will contain built-in battery storage and will provide power to electric vehicle chargers in the parking garage. It is estimated that the clean energy generated by the panels will reduce 880 tons of CO2 emissions per year.

“This is the third solar system we have built with Ford and we would like to thank you for your continued partnership,” said Trevor Lauer, President of DTE Energy. “I believe that between the growth of the EV market and the change in the energy sector, we will make real strides in the fight against climate change.”

DTE operates a total of 18 wind farms in 32 solar plants in Michigan. These 50 locations generate enough combined renewable energy to power approximately 670,000 households across the state.

Both Ford and DTE have set deadlines for net carbon-free emissions in 2050. The former builds on this goal by ramping up production of electrified and fully electric vehicles and eliminating single-use plastics in operation by 2030. DTE aims to double the generation of wind and solar energy by 2030 with a new wind park and five solar systems.

Ford and DTE have a longstanding partnership and a common goal for the future. As early as 2014, the two companies announced the construction of a solar system at Ford World Headquarters. In 2019 Ford was announced as the first company to choose DTE’s MIGreenPower program.

By sourcing 525,000 megawatt hours from DTE wind farms and adding the solar panels, Ford is in the process of converting Dearborn Truck Plant, Michigan Assembly Plant, Research & Engineering Center and other facilities to 100 percent renewable energy.

Kyle S. Johnson lives in Cincinnati, a city known by many as “Cincinnati in Southwest Ohio”. He likes professional wrestling, Halloween and other things. He’s been writing for a while and plans to continue writing in the future. More articles from Kyle.