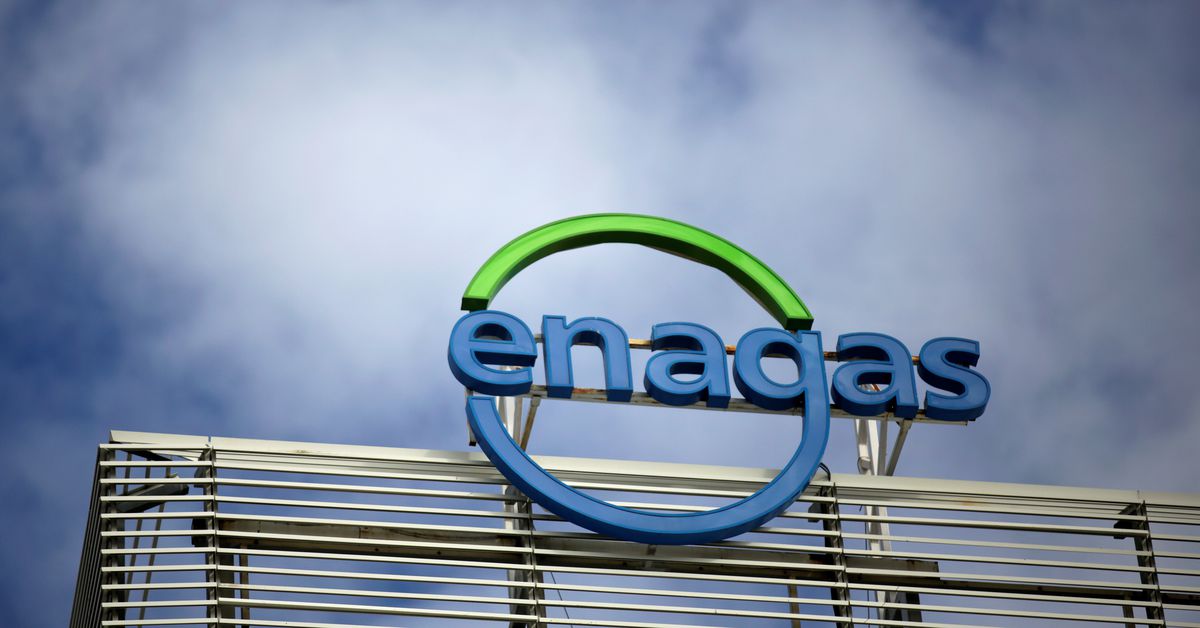 Nov 18 (Reuters) – When leaders negotiated a deal to slow down climate change last week, gas engineer Michele Ricciardi was grappling with a practical problem: How to safely transport hydrogen through thousands of miles of pipelines across Italy and Europe.

The Italian is at the forefront of gas companies’ efforts to prepare for a lower carbon future: if fossil fuels are phased out in the coming decades, natural gas companies shouldn’t mean the infrastructure that transports them has to go too. They want to repurpose pipelines to transport zero-emission hydrogen after countries wean themselves from natural gas.

The efforts of nearly two dozen companies reflect the accelerated pace of planning in the global oil and gas industry, from drills to refineries, eager to adapt as governments and activists increase pressures to reduce greenhouse gases. In addition to the practical preparation, the changeover puts companies in competition with other energy sources for financing, even if they invest billions of euros in markets that they cannot predict.

The hydrogen project, in which Italy’s Snam SpA (SRG.MI), Spain’s Enagas SA (ENAG.MC) and Germany’s Open Grid Europe (OGE) are involved, would use huge solar parks as far as the Sahara to generate the energy needed to produce hydrogen from water.

That fuel would then be routed along the existing network of natural gas pipelines in Europe’s industrial heartland – a 198,500 km (123,300 miles) network that, if untangled, could circling the equator four times.

“Once we have the Sahara sun in German factories … it’s like on the Roman roads we still walk on today,” Ricciardi’s boss Marco Alvera, CEO of Snam, told Reuters. “It’s forever.”

The companies want to set up a European Hydrogen Backbone (EHB) to prevent the pipelines from rusting into “stranded assets”, which the industry calls. They calculate that about 69% of the existing pipelines can be upgraded for up to 81 billion euros (94 billion US dollars).

The project is one of hundreds of plans to build a hydrogen economy that, according to the EU, could include investments of up to 460 billion euros by 2030.

A hydrogen supply network could contribute to Europe’s energy security: The block currently covers 28% of its energy needs with natural gas, a third of the gas from Russia. Politicians recently accused Moscow of holding back supplies when gas prices hit record levels. Russia says it has met all of its treaty requirements.

But the European Union does not provide money for the company – it has to come from industry or national governments. So it will need political and industrial support.

To be successful, gas grids must be able to route the hydrogen mixed with natural gas to customers who can use it – such as steelmakers, chemical companies, and refineries. The supply must be secure and the quantities must be large enough to be affordable.

At some point – if green hydrogen can be made available in large quantities – the auto industry and heating suppliers could also start using it. But that wouldn’t be before 2030, studies show.

The gas network operators say their main challenge now is that Europe does not have a regulatory framework to adapt the network. “The regulation must define hydrogen as a gas that can be transported and used in a similar way to natural gas,” said Maria Sicilia, strategy director at Enagas. If the regulation sets standards, the networks could be networked.

Hydrogen is the most abundant element in the universe and is mostly bound to oxygen in water. But it’s also one of the most flammable. In the past, dozens of hydrogen airships that exploded or burned, including the 1937 Hindenburg fire, convinced many that hydrogen was a high risk.

Snam and other companies say their industry has decades of experience and built the infrastructure primarily so that hydrogen doesn’t have to be more dangerous than other fuels in use today. If hydrogen penetrates into the open, it rises and its concentration drops rapidly below the explosion limit, according to the German gas lobby Zukunft Gas.

From his office near Snam’s critical gas flow room in Milan headquarters, Ricciardi and his team have been combed through Europe’s largest gas transmission network piece by piece over the past three years to make sure it can handle the gas. Snam is ready to spend more than 3 billion euros to replace hydrogen-compliant gas pipelines.

“We have been moving natural gas for 80 years,” says Ricciardi, whose job it is to establish standards that the industry can agree on to make the pipes safe. “Now we have to do it with hydrogen.”

Flammability is only a problem. Compared to natural gas, hydrogen escapes more easily because its molecules are smaller. Its flow patterns are different and it even attacks some types of steel and makes them brittle.

The changes required will vary depending on the gas network, but companies need to meticulously examine the pipes to make sure the steel is intact and the seals are airtight. Compressor stations along the way may need to be adjusted and installations will be fitted with sensors to track leaks and then vent and redirect them.

The oil and other industries already use hydrogen as a raw material – Germany’s supply corresponds to about a tenth of its electricity consumption, mainly in steel and chemicals. But this gas is made from fossil fuels and is known as “gray” hydrogen [nL4N2S72U5].

“The problem now, of course, is that it is filled with natural gas,” said Ad van Wijk, Professor of Future Energy Systems at Delft University of Technology. But “the backbone is already there,” he said. He advocates connecting Europe and Africa in order to run Europe’s energy system with 50% renewable energy and 50% green hydrogen.

The cost is another concern. So far, “green” hydrogen has mainly been produced for experimental projects. It costs four to five times more than the gray variety to make.

To reduce this, industry and consumers need to increase production and demand.

Alvera von Snam says solar panels in southern Spain, the Sahara and parts of the Middle East can provide cheap renewable electricity for electrolysis plants that pump hydrogen into the reused pipes. According to the industry association Solar Power Europe, Spain is already one of the cheapest locations in Europe to produce electricity from renewable energies, and costs are expected to fall.

Companies now say they can also move fossil fuel-made gas, with the resulting emissions being intercepted – known as “blue” hydrogen.

Thomas Deser, Senior Portfolio Manager at the large German fund Union Investment, is skeptical. “Before the middle of the decade, you can’t make money producing green hydrogen without subsidies,” he believes.

The hydrogen backbone is now competing for government funding. Germany is Europe’s largest energy consumer. Berlin has pledged 9 billion euros for the development of a green hydrogen industry by 2030, including two billion for imports from partner countries such as Morocco, Chile, Saudi Arabia and Australia.

But electricity is also a rapidly growing source of relatively clean electricity, and demand for the electricity transmission network in Germany is also increasing. Germany wants to spend 1 billion euros on the charging infrastructure of electric vehicles by 2025, plus hundreds of millions more for purchase bonuses and tax breaks.

The country is home to the world’s largest volume automobile manufacturer, Volkswagen AG, based in Wolfsburg. While car companies are developing hydrogen fuel cell prototypes alongside battery cars, read More

VW has already committed billions of euros for battery-based electric vehicle technology. It told Reuters it believes that changes in mobility need to happen in bulk. VW boss Herbert Diess tweeted in May that “the hydrogen car is demonstrably NOT the climate-friendly solution”.

Yet a new demand for hydrogen is emerging: According to the Hydrogen Council and consulting firm McKinsey, 359 major projects had been announced worldwide by July 2021, which said 80% of the new initiatives were in Europe.

Snam claims to have successfully tested a mixture of natural gas and 30% hydrogen to fire furnaces at an Italian steel company.

In Milan, Ricciardi says that increasing the blending rates is difficult, so standards are crucial.

“We’re working on the new set of rules to make sure the network is up to the task,” said Ricciardi. “There’s a lot of riding there.”

With reports from Vera Eckert in Frankfurt, Stephen Jewkes in Milan and Isla Binnie from Madrid; Edited by Veronica Brown, Richard Valdmanis, and Sara Ledwith