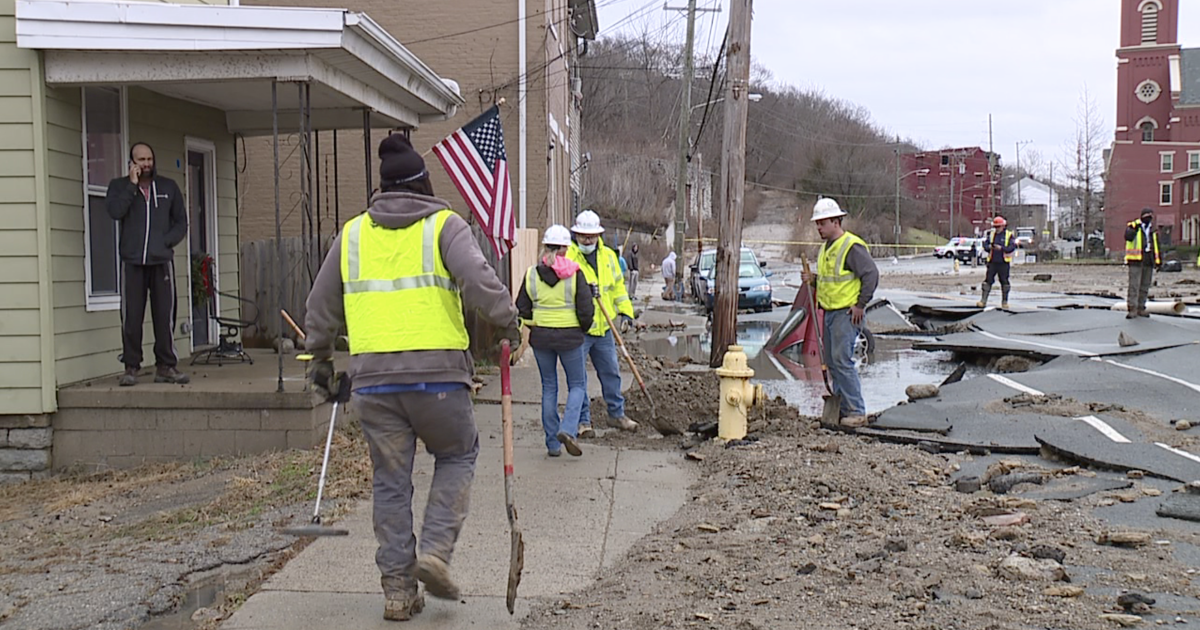 CINCINNATI – Repair of the road and aqueduct road on Riverside Drive is completed approximately four months after one of the Greater Cincinnati Water Works’ largest aqueducts broke.

The January 2 break also caused flooding in several nearby family homes, and while a family is finally back in their home after months of evictions, they told WCPO Tuesday that there are still hurdles ahead.

Jane Crabb lives in one of these houses with her daughter Ashley Crabb and two grandchildren. They lost a washer, dryer, living room furniture, oven, refrigerator – along with the food in it – and Christmas presents for the children.

When we checked in again weeks later, donations were already flowing in.

“I’m so grateful to the people who got in touch,” said Crabb.

In February, Water Works announced that the main line had collapsed in a new location and flooded the house of the crabs again. This time a sinkhole swallowed an excavator.

WCPO is still waiting for the city to respond, which caused the breaks.

In the meantime, the disturbances in the life of the crabs have continued.

“I had to drive 45 minutes at three in the morning to see the damage I had,” said Crabb.

The hotel that provided the water supply was more than 20 miles from her job and a two-hour bus ride to the children’s schools. The family is happy to be home now.

They say the next hurdle is getting the city to pay for damage.

“You just say it should be fixed and replaced and we can refund you. File a claim and we can reimburse you, ”said Crabb.

In a world that works from home, heating has become a major issue