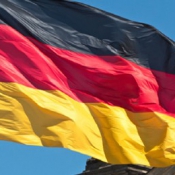 Can a large industrial society like Germany be operated safely and trouble-free with an electricity system that is mainly fed from fluctuating renewable energy sources? This question concerns not only Germany, but also the rest of the world. If they can, anyone can. [Gas in Transition, Volume 1, Issue 4]

In Germany there is sometimes a lot of optimism about the potential of renewable energies and skepticism about natural gas and oil. As an illustrative example, a group of politicians from the conservative CDU recently published a position paper by Angela Merkel – better known as a manifesto – in which it is proclaimed that Germany can become “the world’s first industrial country with 100% renewable energy”. They want to achieve this goal as early as 2030. By completely doing without natural gas and oil by 2030, traffic, heat and electricity consumption will also be cheaper than before, according to the company that calls itself KlimaUnion because it saves Germany 63 billion euros (74 billion dollars) per year, which it now saves for the Fossil fuel imports. “Better to spend 63 billion on sun and dykes than on Putin or sheikhs,” they write, calling the switch to 100% clean energy a “money-saving festival”. The manifesto of the KlimaUnion, which can be seen by the CDU party members as an effort to make the party more attractive for climate-conscious voters in the upcoming federal election in September, argues that all requirements …