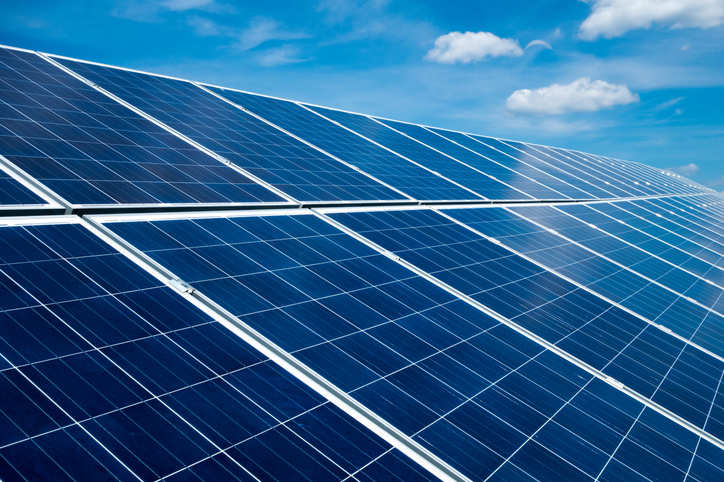 The transaction will take place through the Green Growth Equity Fund, an equal joint venture between the Singapore-based private equity company Everstone Group and the British solar solar energy giant Lightsource, the group announced on Monday.

Radiance manages an operating capacity of 95 MW in 13 locations. There are almost 40 MW projects under construction and another 60 MW under development.

Azure Power, which is traded on the New York Stock Exchange, is an independent solar power producer with an India-wide portfolio of 6.9 GW (end of February), of which 2 GW are in operation, 0.9 GW are under construction and for which an award letter 4 GW were issued, but without power purchase agreements (PPAs).

Azure developed the country’s first private solar project in 2009 and has been a leader in the industry as a developer and operator of solar projects since it was founded in 2008.

Through this acquisition, Radiance will serve high value customers such as Railways, Delhi Metro and Delhi Jal Board, where 99 percent of Power Purchase Agreements (PPAs) have a term of 25 years.

The deal will make the company a significant player in the retail, industrial and institutional sectors as it is exposed to long-term PPAs with quality customers based on net metering as it builds its decentralized generation platform.

This transaction also allows the company to use its high quality asset management skills to improve asset performance as it focuses on enhancing and delivering value to its stakeholders, said Manikkan Sangameswaran, executive director at Radiance.

Dhanpal Jhaveri, CEO of EverSource Capital, said this transaction reaffirms his commitment to creating a clean and sustainable energy ecosystem.

Ranjit Gupta, CEO of Azure Power, said this is the company’s first sale and this sale will enable them to increase the return on invested capital through efficiency gains and cost optimization.

Radiance, whose goal is to add 1.5 GW of solar power under and behind the meter portfolio, is a leading provider of competitive renewable energy solutions for commercial, industrial and residential customers to help them meet their sustainability goals.

Radiance is a wholly-owned subsidiary of the Green Growth Equity Fund, the country’s leading climate fund managed by EverSource Capital and invested by the National Investment & Infrastructure Fund and the UK Government’s Foreign, Commonwealth and Development Office.

EverSource is a 50:50 joint venture between the multi-asset investment firm Everstone Capital, which is in turn part of the Everstone Group, and the UK-based Lightsource bp, a renewable energy company with a global portfolio of over 21 GW under development. Construction and development is in operation.

Dealership driven to get back home

Home & Design | Create Your Own Getaway