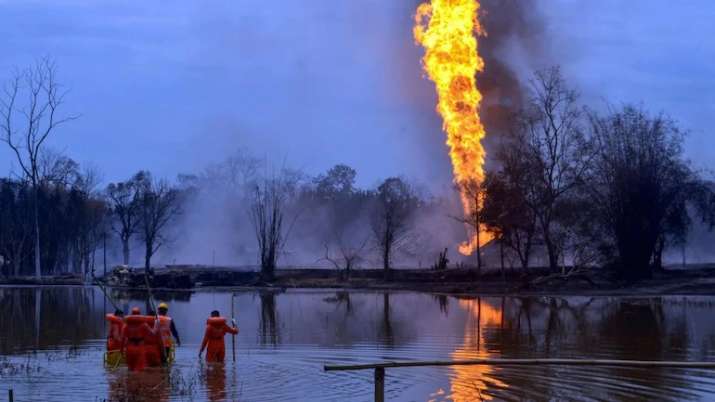 Twenty people, including firefighters, were injured on Thursday when an oil leak triggered an explosion at a poultry feed factory in the Pallakad district of Kerala.

Twenty people, including firefighters, were injured Thursday when an oil leak triggered an explosion at a poultry feed factory in the Palakkad district of Kerala, police said. The incident happened around 5 p.m. on a remote hill in Thiruvizamkunnu, it said.

Three people, including fire fighters, were seriously injured and taken to a nearby hospital, it said.

Licence to krill: the destructive demand for a ‘better’ fish…

“The facility, owned by an NRI, was conducting a trial operation today, but a fire broke out due to an oil leak. They sought help from the fire department. When the firefighters tried to put out the fire, the temperature of the oil tank increased and increased caused an explosion, “a police officer told PTI.

Police said the oil tank contained a liquid similar to that of blast furnace oil and exploded due to the high temperatures.

“According to preliminary estimates, 20 people were injured and taken to various hospitals in the area. The fire is out, ”said the officer.

Read also: Investigation into the role of police officers in murder at the UP Police Station

Read also: Around 46 monkeys were poisoned in the Hassan district of Karnataka, stuffed in rubber sacks and beaten to death

Licence to krill: the destructive demand for a ‘better’ fish oil |…